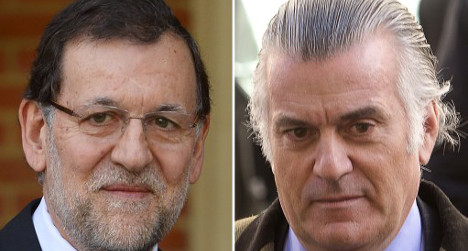 Spanish Prime Minister Mariano Rajoy is scheduled to appear in Parliament in the wake of allegations that the former treasurer of Spain's ruling Popular Party (PP) Luis Bárcenas operated an illegal slush fund for the party.

Bárcenas claims he made under-the-table payments to top PP officials over many years.

The former treasurer also recently told a judge he handed €25,000 ($33,000) in €500 notes to the Prime Minister in March 2010, said unnamed sources present in the hearing, according to news agency AFP.

Initially Rajoy kept silent over the allegations but on July 22nd the Spanish leader agreed to address the issue in Parliament.

But 89 percent of Spaniards believe Rajoy's appearance in Parliament won't shed any light on the scandal, a new survey run by Metroscopia for Spain's centre-left El País newspaper shows.

Ninety percent of people surveyed also believe Rajoy is only appearing because of pressure from other political parties to do so, the poll shows.

Tellingly, 56 percent of respondents in the Metroscopia poll said they were likely to believe Bárcenas' assertions that he made under-the-table payments to PP officials, while only 14 percent said they would believe Rajoy and other top PP officials who claimed they had not received such payments.

Broken down by party preference, 37 percent of PP supporters said they would believe Rajoy and his colleagues.

Only 5 percent of supporters of Spain's opposition socialist PSOE party were likely to do so.

Meanwhile 72 percent of PSOE supporters said they would believe Bárcenas' claims he made secret payments while that figure was a much lower 37 percent for PP supporters.

A further 25 percent of respondents in the Metroscopia poll spontaneously answered they would believe neither PP leaders nor the party's ex-treasurer, although this was not one of the survey options.

The survey also suggests the slush fund scandal has made an impact on voting intentions among Spaniards.

The country's two major political parties are now running neck and neck with 23 percent of people saying they will vote PP in the next general election and 22.8 percent of respondents plumping for the socialist PSOE.

The latest El País/Metroscopia poll results are based on 1,000 telephone interviews carried out on July 24th and July 25th.