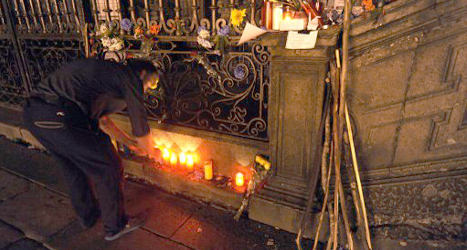 "The driver has refused to answer the police authorities," the spokesman told news agency AFP, adding that the case will now "proceed to a judicial process as soon as possible".

After being read his rights on Friday evening in the Santiago de Compostela hospital room where he is being held, the driver refused to answer police questioning.

Sources close to the families advised the driver to refrain from giving testimony until he was called before the presiding judge in the case, El Pais newspaper reported on Saturday.

"He is accused of crimes related to the accident," said Jaime Iglesias, the chief of police in the northwestern region of Galicia where the accident happened.

The accident happened Wednesday evening as the train entered a sharp curve known as "A Gandeira" about four kilometres (2.5 miles) from the station in the northern city of Santiago de Compostela.

The train was reportedly travelling at twice the limit on a section of high-speed track that has a speed limit of 80kph (50 mph).

El Pais said on Thursday that the driver stated immediately after the crash that he had been travelling at 190 km/h at the time of the derailment.

"I hope no one died because it will weigh on my conscience," he reportedly told supervisors over the radio while trapped inside the cab after the eight-carriage train derailed.

The directors of Spain's two main railway companies both spoke up about the accident on Friday, with both referencing the actions of the driver.

The president of state railway infrastructure firm Adif Gonzalo Ferreold news agency Efe that the driver should have reduced his speed some four kilometres before the scene of the accident as railways signals specified.

He said this should have happened as the train was entering Santiago de Compostela.

The president of state railway firm Renfe Julio Gómez-Pomar said the driver knew the area well, having travelled through the zone on around 60 occasions.

"A curve with a layout of 80kph (50mph) is something that the driver knows," said Gómez-Pomar.

But a train driver familiar with the stretch of track where Wednesday's accident occurred said there was no alert system forcing drivers to slow down.

"From 200kph to 80kph is a very fast decrease in speed to not be signalled in a way that obliges you to lower your speed," train driver Manual Mata told Spanish newspaper El Mundo.

Mata said that at the accident zone, the train comes leaves a stretch of high-speed track protected by ERMTS braking and speed control system and enters a 'conventional' stretch of track with track signals.

If the signal is green, the driver explained, "You don't need to do anything".

Automatic braking would only apply if the train was travelling at over 200kph, the driver added.

Mata said the stretch of track where the accident occurred was known to be difficult among train drivers but that all security systems meet technical specifications.

"We know the point is where we have to break," the driver said of the accident zone.

CULTURE
Five reasons why Galicia is Spain’s version of Ireland

CATALONIA
Which Spanish regions are likely to allow people to remove their masks outdoors? 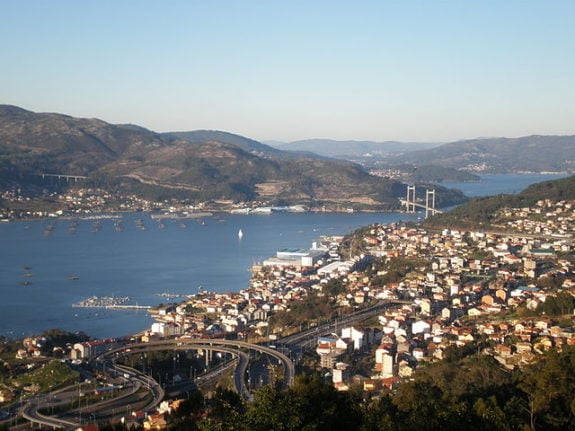