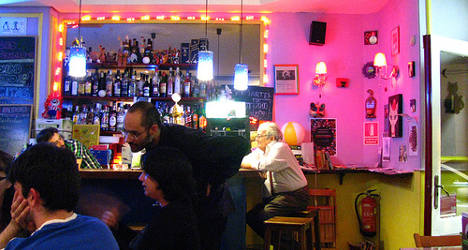 An estimated 44 percent of staff in Spain's bars and clubs are said to be aged 25 or younger. Photo: Rubén Vique

Staff in around 500 clubs nationwide will down tools at 2am on Sunday morning to observe a minutes silence.

The protest is part of a campaign called “Save the music, Save the night” being organized by group representing club owners, staff, and music performers.

The groups are protesting against Spain's 21 percent value-added tax (IVA) rate which they say is strangling the sector.

Read about the protest singers rocking out against Spain's crisis.

“In the same way there was a white tide (of doctors protesting against the privatization of Spain's hospitals) and a green tide (of people in favour of public education), we are trying to create a tide of citizens in defence of culture and entertainment,” Vicente Pizcueta of Noche Madrid told Spanish free paper 20 minutos.

Noche Madrid says 800 of the 4,500 clubs in the Community of Madrid have been forced to close their doors since the crisis kicked off.

Meanwhile, a poll by market research firm Nielsen shows consumption of spirits in bars and clubs has fallen 53 percent in the last five years.

“The rise in value-added taxes is the straw that broke the camel's back after several years of crisis, the anti-smoking laws and rules about outdoor seating,”  Pizcueta said.

The industry is losing money, with earnings down €720 million.  On top of that, the closure of many of Spain's clubs and bars has pushed the youth jobless rate up even further.

A study into youth employment in the sector showed that average age of workers was 27.4 and 44 percent of workers in the industry were aged under 25.

But now the sector is fighting back.

Saturday's protest won't be the end either. Clubs participating in the protest will carry out a new protest on the 21st day of every month.

“We want more and more establishments to join this fight and we expect a thousand on board by September,” Pizcueta told 20 minutos. 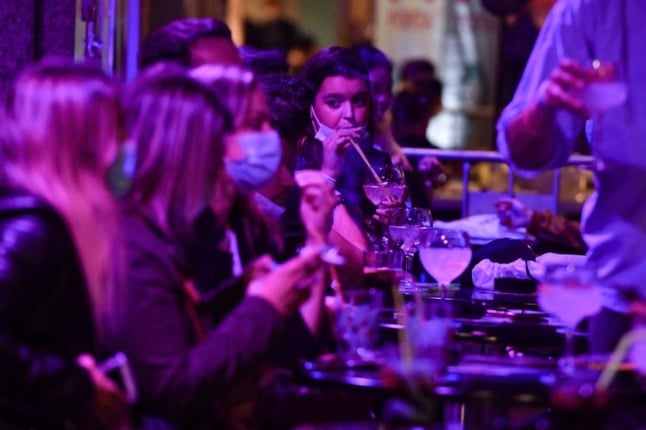 NIGHTLIFE
CONFIRMED: Spain to allow some nightclubs to open until 3 am

The Spanish government in August 2020 ordered nightclubs to shut across the country as Covid-19 infections surged.

But since a virus state of emergency ended on May 9 some regional governments, which are in charge of health care, have announced different rules for the reopening of nightlife.

Darias met with regional health authorities on Wednesday in the northern city of Pamplona to agree on binding rules for all Spain’s regions.

Those with less than 50 Covid-19 infections per 100,000 people over the past 14 days will be able to open nightclubs until 3:00 am, she told reporters after the meeting.

“We are going to return to normality little by little, gradually and progressively,” she said.

It was not clear whether dance floors would be allowed or if there would be capacity restrictions.

The minister said one in five people in Spain was now fully vaccinated against Covid-19 and the country was on track to meet its goal of having 70 percent its population fully vaccinated by the end of the summer.

Spain’s overall infection rate fell to 118.5 cases per 100,000 on Wednesday, nearly halving since the end of April.

But only the Balearic islands, which includes Ibiza, known for its night life, the coastal region of Valencia and the North African enclave of Ceuta currently have less than 50 infections per 100,000 people. 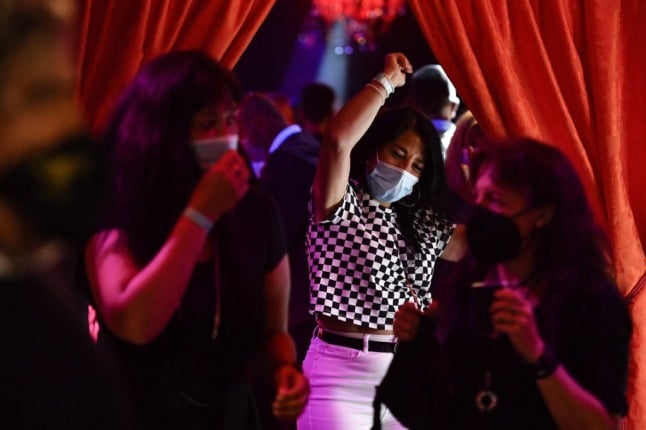