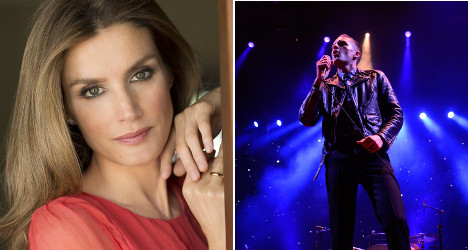 The Princess of Asturias was there with friends, said FIB managers who added they hadn't known about her attendance at the time.

Sunday night's show marked what was a difficult 19th year for the Benicàssim festival.

Rumours the event would be cancelled dogged organizers and FIB was only saved when buyers acquired a major shareholding in Maraworld, parent company of Festival Internacional de Benicàssim.

Previous owner Vince Power said in a statement: “The difficult economic climate coupled with the bad year suffered by Music Festivals PLC has prompted my decision to sell a major shareholding in Benicàssim festival."

But event organizers are confident the 20th edition of the event will go ahead.

Meanwhile, local businesses in Benicàssim say younger audiences at the event and a different location for the event's camping have put a serious dent in their revenues during FIB.

But locals also told El País newspaper the end of the festival would be a "disaster".