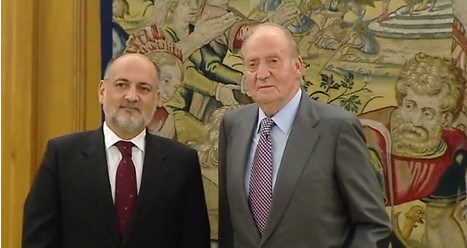 Francisco Pérez de los Cobos was a member of Spain's ruling Popular Party while serving as a magistrate in Spain's Constitutional Court, it emerged recently.

Pérez de los Cobos was a fee-paying member of the party from 2008 to 2011, the year he joined the Constitutional Court as a magistrate.

"Having been a member of a political party does not stop you from holding a position of responsibility," Ruiz-Gallardón told reporters on Friday.

Under Spanish law, members of the Constitutional Court can not hold executive posts in a political party or a union.

But concerns have now been raised about his suitability as President of the court, Spanish daily El País reported on Tuesday.

The newspaper said judges were worried news of Pérez de los Cobos' party membership could lead to appeals against previous Constitutional Court decisions because of fears of possible bias on the part of the magistrate.

Pérez de los Cobos has offered to hold a plenary session to look at the issue.