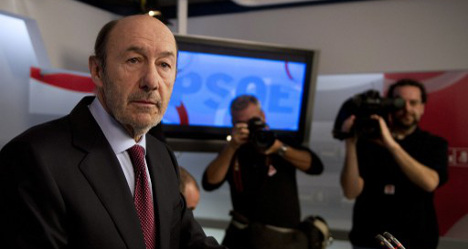 "Spain's political problems have to be solved and if not, we are going to pay very dearly," the leader of Spain's opposition socialist PSOE party told El País. Photo: Dominique Faget/AFP

It hasn't been an easy 2013 for Alfredo Pérez Rubalcaba, the leader of Spain's main opposition party, the PSOE, since July 2011.

Although the country's Popular Party (PP) government, led by Prime Minister Mariano Rajoy, has been rocked by an illegal funding scandal involving alleged under-the-table payments to its top officials, the socialists have been unable to capitalize politically.

Internal divisions within the party and a legacy of voter mistrust inherited after the failings of the previous socialist government of José Luis Rodríguez Zapatero have both played a role in this failure.

A recent poll by centre-left newspaper El País showed just 21.6 percent of respondents intending to vote for the PSOE.

And while only 23 percent of voters planned to do likewise for the ruling PP, Rajoy's government have one key advantage over their main rivals — a crushing, agenda-setting parliamentary majority.

On Sunday the 61-year-old socialist leader spoke with El País about many of the key events in Spain including the alleged illegal funding of the governing PP.

Asked whether he believed the PP had been funded illegally, he replied "yes".

This was why he had asked Mariano Rajoy to resign in February when evidence of the slush fund was first published, he explained.

He said that if the PP thought "Spain and the Spanish people" were going to digest this case and then forget it, they were wrong.

Rubalcaba then added: "It would be terrible to get used to the idea that a party dedicated itself to electoral 'doping' and kept operating without anything happening."

When asked if he believed Rajoy had taken under-the-table payments, he said twice: "I would like to believe not."

On the tax front, Rubalcaba said the issue for Spain was not spending cuts, but raising incomes.

"It's true that when you look at our public spending and compare it with the Euro countries, we are in the lower part of the table.

"But when you look at our income, we are also at the bottom of the table".

Asked which taxes, the PSOE would raise, the son of a pilot for Spain's national airline Iberia said he would like to see wealth taxes included in the personal income regime.

In terms of lowering taxes, the party chief admitted that "anyone who promises they are going to lower taxes isn't telling the truth".

But Rubalcaba said he would like to see income tax levels dropping for the middle class and the lower middle class, both groups that he said were "suffocating".

"The other options (are) to think that nothing is going on and do nothing. A huge mistake. Things won't get better but worse".

Rubalcaba went on to say the solution was "the same as always" and involved "sitting down and sorting out the problems".

He said the key factor was to "clarify" income and fiscal powers.

"What is not acceptable is that you have very clear powers when it comes to spending, but you don't have the same clarity in terms on incomes".

And while rejecting the idea that Spain's autonomous communities should have more power, the party leader did concede Catalonia was special.

He said the region "has a number of historical rights" and pointed out "singularities" including language and administrative structures.

But the politician's preference was for Spain and Catalonia to make a joint decision on whether the two entities wanted to live together.

During the long interview with El País, Rubalcaba also gave his support to the monarchy, saying he wasn't considering the abdication of the King.

Click here to see The Local's handy A to Z guide of Spanish politics.

"Whoever thinks we are going to go back to the old days is completely wrong.

"The economy will improve but our political problems will have to be resolved, and if not we are going to pay very dearly," said the PSOE leader. 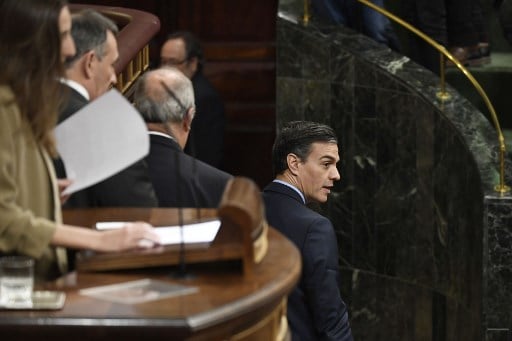