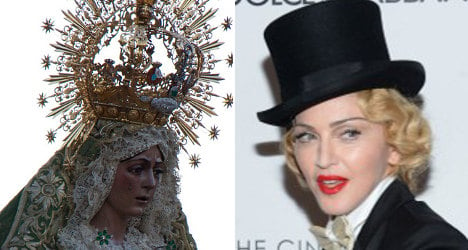 The online clothing company, which sells a variety of anti-Christian T-shirts, has had to stop selling their “Like a Virgin” tees after a judge ruled they had wrongfully used registered images of the Macarena Virgin belonging to an Andalusian brotherhood.

The controversial T-shirts showed the Macarena Virgin’s face superimposed on the cover of Madonna’s Like a Virgin album, where the American singer appears lying on a bed in her underwear.

Image of the Macarena Virgin on T-shirt. Photo: Blasphemia T-shirts

Blasphemia T-shirts have also had to take their Macarena Hepburn range off the market, again for copyright issues.

This line had the Macarena Virgin’s face superimposed on the body of Hollywood icon Audrey Hepburn in Breakfast in Tiffany’s.

Spanish Catholics venerate images of the Virgin Mary to a far greater extent than other branches of Christianity around the world.

Religious effigies are at the centre of many religious celebrations and pilgrimages across Spain, with many villages, towns and cities having their own unique Virgin.

What’s striking about this case is that the Andalusian brotherhood that took Blasphemia T-shirts to court was doing it for copyright reasons rather than for denigration or mockery of their beloved Macarena. 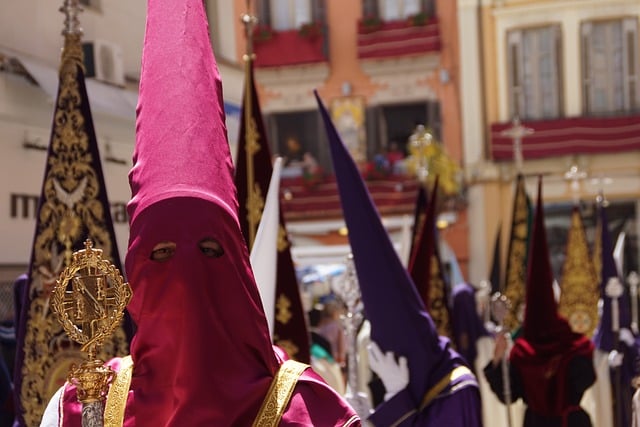 RELIGION
FOCUS: How Catholic are people in Spain nowadays?