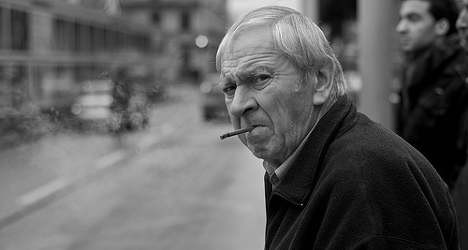 A survey into European values has found that Spaniards have a particular distrust of their teachers and bosses. File Photo: Thomas Leuthard

The Values and Worldviews II survey by Spain's BBVA foundation asked Spaniards to rate how much they trusted people on a scale of zero to ten, where zero meant not at all.

Researchers found the score among Spanish people was 4.7 out of ten, or lower than anyone else in Europe except the French, who scored 4.6.

The most trusting people among the ten countries looked at in the survey were the Danes (7.5), while Italians scored 5.7 out of a possible ten.

BBVA interviewed some 15,000 people to obtain an insight into the values of people in ten European countries to get their results.

In Spain, the score out of ten for trust in family members was 8.6, which was the survey average across all countries.

But Spaniards' trust in their bosses or teachers was much lower than the European average: this was 5.7 out of ten against 6.2.

The BBVA study into values — the foundation's second — also asked people in Europe about their general satisfaction about their life.

They found that Spaniards had relatively high satisfaction, scoring this at 6.7 out of a possible ten, or slightly below the survey average of 6.9

People in the UK and Germany rated their life satisfaction at 7.1 out of ten.

Religion appears to play a relatively minor role in life satisfaction, according to the BBVA survey.

Respondents in the ten European countries who professed a religious affiliation had a life satisfaction score of 7.0. That figure was 6.8 out of ten for people who said they didn't belong to a religion.

When it came to work priorities, the BBVA survey found a stark contrast between Spanish priorities and those of other European countries.

Only 23.2 percent of Spaniards said a high salary was the most important part of a job, against 31.6 across the countries surveyed.

Work–life balance was also much more important to Spanish people: 32.9 percent of people in Spain said this was most important aspect of a job against the European average of 26.

In their research, the BBVA foundation also found that Europeans felt a much stronger affinity with their town, city or village, their region and their country than with Europe.

When Spanish people were asked to rate to what degree they felt a part of their town city or village, they gave a score of 7.5 out of ten.

In terms of feeling a part of Spain, that score was 7.2, while the survey average was 7.3.

But when it came to Spaniards' degree of affinity of Europe, that score was 5.9, or exactly the same as the European average.

The Brits were the least likely to say they felt European: they rated that feeling at 4.6 out of ten.

The Danes, the Czechs and the Italians, by contrast, all rated their closeness to Europe at 6.4.

The study into values also found that Spaniards are pessimistic about the future: when asked the rate the statement "The future will be better than the past", the average score was 4.8 out of ten.

But it seems Europeans are not a particularly bunch at present. The average optimism score was a lowly 5.0.

The Italians, meanwhile, are the most likely to say the past was better than the future (7.2 out of ten).

In Sweden and Denmark on the other hand, this statement about the past delivered an average score of just 4.4.

TRAVEL
How will the EU’s ‘Covid passports’ work for travellers?

COVID-19
Where in Europe are Covid curfews and early closures still in place?
Url copied to clipboard!