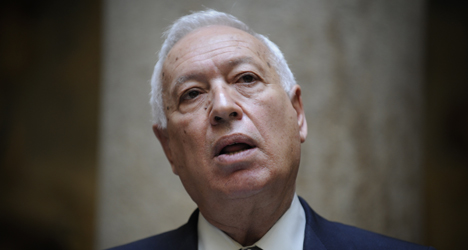 The European Union is step by step setting up new structures to deal with the foreign policy challenges of the 21st century. We have created a new European External Action Service (EEAS) to serve the overall EU interest abroad, effectively underpinning our role as a global player. We have sent additional national diplomats to reinforced EU delegations. Later this year, a review of the EEAS led by Catherine Ashton will hopefully allow us to upgrade these new structures to a 2,0 version in time for the new crew entering the institutions after the 2014 European Parliament election. The famous question posed by Henry Kissinger, the former US national security adviser and secretary of state, about the dialling code for Europe has, by now, by and large, been answered. Not that there is necessarily only one connection from the EEAS switchboard in Brussels, but at least the telephone number for Europe is in place. The critical question is no longer how to reach us, but instead what Europe should say when the phone rings. Or, to put in another way, if we now have the hardware of institutions in place, we need to focus on the software of policies that makes the entire thing operate in a clear and credible way. When we foreign ministers meet in the EU's foreign affairs council every month, it is usually the issues of the day that dominate the agenda. Foreign policy is, as the late British prime minister Harold Macmillan once put it, "events, dear boy, events". But what Europe needs to deal with the challenges of today and tomorrow is a strategic framework to help it navigate a more complex world. The ongoing economic crisis and the ever accelerating process of globalization pose an unprecedented dual challenge for Europe. In global competition with other economies, ideas and models of society, the countries of Europe will uphold their values and pursue their interests successfully only if we stand united. The European Security Strategy from 2003 was a good document, which has provided EU external action with actionable guidelines. But it was a document still focused mainly on traditional foreign policy, not the broader competencies and capabilities envisaged in the Lisbon treaty. Since its adoption, the world has entered a period of profound transformations. The time has come to engage in a new strategic discussion, taking into account the immense changes in Europe and the rest of the world during the last decade. And in a world moving towards hyper-connectivity in the entire realm between outer space and cyber-space, and with age-old sectarian tensions resurfacing, we need to think broader and afresh. The EU must take decisive steps to strengthen its act on the world stage. What we need now is a more comprehensive and integrated approach to all components of the EU's global profile, doing away with the artificial distinction between internal and external security.  To name just a few themes among many possible ones, we badly need a common strategic approach to issues concerning energy security, climate negotiations, the management of migration flows and cyber issues. This is why Poland, Italy, Spain and Sweden asked national think-tanks to come up with elements for a European Global Strategy. These four think-tanks went on to buildt a network of 24 associated institutes, conducted seminars and conferences, and stimulated discussion all over Europe. Their report, which was recently presented in Brussels is a contribution to the strategic debate within the EU. At the same time, it is not the final answer. Bringing together all strands of European Union external action into one strategic framework is no easy task, especially as we are not always used to thinking about external opportunities and challenges in European terms. The debate, which is useful in and of itself, should continue. New ideas and concepts should be presented and discussed. We therefore welcome the idea of a conference, organized towards the end of this year under the auspices of Lithuania's presidency of the Council of Ministers. This conference will bring together the proponents for strengthening Europe's global role in the world. The work on EU hardware is important. But it should go hand in hand with efforts to update the software of the European Global Strategy, so that as we emerge hopefully from the doldrums of the aftershocks of the 2008 financial crisis, we will have a Europe better fitting the global century that we have already entered. Emma Bonino, Radoslaw Sikorski, José Manuel García-Margallo y Marfil and Carl Bildt are the foreign ministers of, respectively, Italy, Poland, Spain and Sweden.

The original version of this document can be found here.