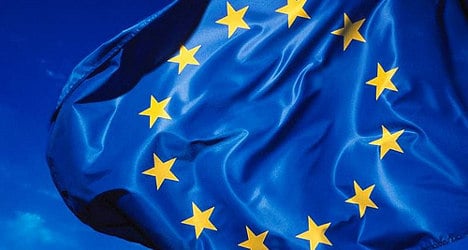 "The solvency position of Spanish banks has been bolstered after the recapitalization of parts of the banking sector," said the EU report. Photo: Rock Cohen/Flickr

The European Commission, the EU's executive branch, said in a report on Spain's emergency financial reforms that the recapitalization of the banks was paying off after they received €41 billion  ($53 billion) in eurozone credits in 2012.

"There is at present no reason to foresee further programme disbursements," said the report, the third in a series of updates on the rescue.

The rescue plan agreed in July 2012 offered up to €100 billion to save Spain's financial sector from collapsing under the bad loans left over from a housing bubble that burst in 2008.

Of that amount, the Spanish banks have taken €41.3 billion to recapitalize, with some shifting risky assets to a state-run "bad bank" known as Sareb.

The report said this was stabilizing the sector, despite Spain's deep recession and volatility on financial markets over recent weeks that briefly drove up Spain's borrowing costs.

"The solvency position of Spanish banks has been bolstered after the recapitalization of parts of the banking sector and the transfer of assets to Sareb," it said.

Having imposed tough spending cuts and other unpopular austerity measures, Spain's government has said that this year could see a turning point towards recovery.

It nevertheless forecasts an overall 1.3-percent decline in output this year. The IMF forecasts a sharper contraction of 1.6 percent for Spain and the commission forecasts a 1.5 percent fall.

Analysts warn that Spain's current recession, which has lasted nearly two years and driven the unemployment rate above 27 percent, threatens to complicate its efforts to restore stability to the public and private finances.

With banks sitting on vast stocks of homes and unpaid mortgages left from the building boom, authorities in the hard-hit southern region of Andalusia have intervened to penalize banks for keeping empty properties needed by poor families.

The commission said in its report that this move "may have potential negative implications for the stability of the financial system" by weakening the value of banks' property holdings.