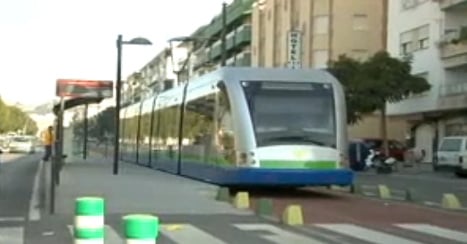 Velez-Malaga's tram was a symbol of Spain's prosperity when the service was launched in 2006. screen grab: YouTube

Once a symbol of Spain's booming economy, the tram service in the Andalusian town of Vélez-Málaga has been dead on the tracks since June 2012.

The town proudly launched the service — Andulusia's first such modern tram line — in 2006.

Running 4.7km between the town centre and the coast, the service was rolled out with an original investment of around €40 million ($51 million).

There were even plans to extend the service a further 1.2km.

But spirally operating costs saw service grind to a halt in 2012.

Now, however, local authorities have found a way to recoup some of their losses.

They are hiring their trams out to Sydney, Australia, Spanish news site Te Interesa reported on Tuesday.

The trams will trundle around their new home — some 17,000km away — for two years with Sydney forking out €200,000 a year for the privilege.

After what was "an almost surgical clean", the first Sydney-bound tram was in perfect nick before for its voyage, according to Popular Party mayor of Vélez-Málaga, Francisco Delgado Bonilla, who blamed the regional socialist PSOE government of Andalusia for not backing the tram service.

But the long journey started badly with members of the local opposition party strongly protesting the move.

In the end, local and national police had to come in and shift the protestors who had camped out in front of the tram.

This tram will now be driven up to Santander to start their long sea voyage to Australia. Others will follow shortly.

The mayor of Vélez-Málaga assured news agency Efe, however, that this was not  the end of trams in his town. 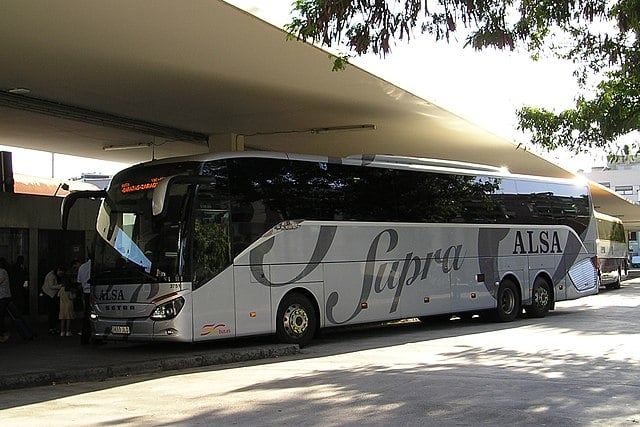