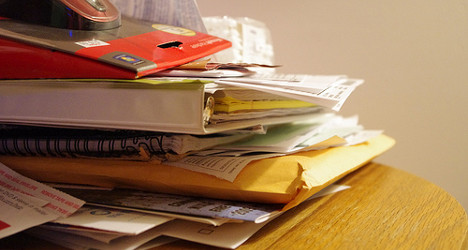 Under the proposed legislation any company that meets the rules and regulations in one region would automatically have the right to provide goods and services to any other region.

"The law, which aims to guarantee the free circulation of goods and services throughout national territory, is inspired by the principle of a single licence which already exists in the internal European market," the economy ministry said in a statement.

Spain adopted a decentralised system of government after it returned to democracy following the death of dictator Francisco Franco in 1975.

Each autonomous region has its own parliament and they have imposed different regulations on businesses, making it difficult for companies to expand outside of their home market.

Trucking companies, for example, must adapt to different rules on transport safety.

Deputy Prime Minister Soraya Saenz de Santamaria said the draft law "was demanded by all national and foreign companies" and it will make it "much easier" to operate in Spain.

The draft law is part of a series of reforms by Spain's conservative government to liberalise the economy, boost growth and create jobs.

Spain, the eurozone's fourth-largest economy, is fighting to overcome the aftermath of a decade-long property bubble that imploded in 2008, pushing the jobless rate up to a record 27 percent.

The government is predicting a 1.3-percent economic decline this year and a slow recovery in 2014.