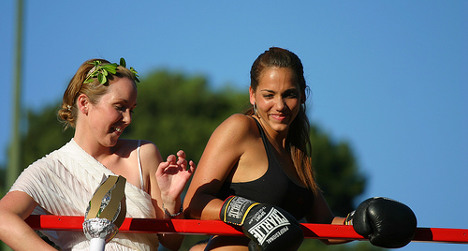 Figures collected by BBVA bank for the Madrid town council shows that the value of card purchases soars during the internationally famous festival.

A comparison of the total 2011 value of debit and credit purchases from June 29th to July 3rd — when the festival was in full swing — and the week of June 1st to June 5th, showed businesses saw 24 percent more businesses during the gay pride event.

This means the 5,500 businesses nearest the festival epicentre in the famous Madrid neighbourhood of Chueca notched up almost €1.8 million in sales during the festival.

That's against  €1.4 million at the start of the month.

In 2012, those businesses did 9 percent better again, surpassing the €1.8 million-mark along the way.

The money wasn't spread evenly across the board though. The study shows small- and medium-sized businesses are the biggest winners, with hotels, restaurants, bars, and clothes shops pulling in a fair share of the booty.

Transport spend was also up.

The key event takes places on Saturday July 6th with a march from the roundabout out the front of Madrid's Atocha station to the city's Puerta de Alcalá.

This year's them is 'Jóvenes sin armarios', or 'young people out of the closet'.