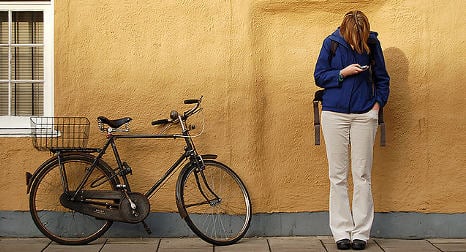 Ringing in the changes: Spanish users can now safely write 'wasap', and even 'guasap' when they mean WhatsApp? Photo: kamshots/Flickr

The Spanish word 'wasap', meaning a message sent using WhatsApp, has been given the green light by the Spanish language lobby group Fundéu BBVA.

The organization has also given its thumbs up to 'wasaper' — or to send a message using the popular app.

"People are already using the words in these ways, and we can say now that they exist and are acceptable," a spokesperson for the group told The Local.

In a statement about its decision, the influential non-profit foundation explained the letter 'w' was an appropriate way to represent the sound /gu/ in foreign loan words into Spanish.

The group cited 'waterpolo' and 'web' as other examples.

The plural of 'wasap' is 'wasaps', said the foundation, adding no accents were necessary.

The group also highlighted there was no need to italicize the two 'new' Spanish words, or to put the words inside inverted commas.

In its statement on the new words, the group also said guasap, guasaps and guasapear were also acceptable, although the strong connection with the original company name would be lost that way.

In similar news, on Monday, Spain's royal language body and makers of the official Castellano language for Spain, the Real  Academia Española, tweeted that '(re)tuit', '(re)tuitear' and 'tuitero' were the recommended Spanish forms for re(tweet) and 'Twitterer'

Fundéu BBVA is a non-profit group that promotes the proper use of the Spanish language by the country's media.

The foundation, which consists of journalists, linguists, and translators, among others, works together with news agency Efe, BBVA bank, and Spanish royal language body, the Real  Academia Española to promote proper language use in Spain.

WhatsApp is a real-time messaging application for smartphones. Some ten billion messages were sent using the application in August 2012.