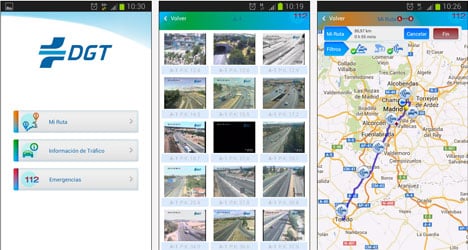 The Directorate General of Traffic (DGT) has warned motorists to expect delays on the road this summer as 80 million motor vehicle journeys are expected.

This is up 2 million on 2012 numbers, according to Spanish daily 20 Minutos.

But to manage the seasonal surge, the DGT has launched an operation that includes traffic control measures and information for drivers.

Phase one will begin on Friday at 3pm and conclude at midnight on Monday.

With 5.2 million journeys predicted to take place over the weekend, people can expect circulation problems on roads nationwide.

On the equivalent weekend last year, the worst delays occurred on Sunday between 7pm and 9pm as drivers returned home.

This resulted in over 160km of tailbacks.

Serious traffic congestion was also recorded on the Friday at 3pm and on Saturday morning.

This year, problems are forecast for Sunday afternoon and all day Monday as the tourist 'high season' of July begins and large numbers of people leave major urban areas to head for hotels and holiday apartments around the country.

To tackle the traffic increase, the DGT will introduce additional speed controls on 'B' roads, where 208 of Spain's 260 road fatalities occurred last summer, according to Interior Minister Jorge Fernández Díaz.

The department has also launched an app for iPhone and Android smartphones that allows drivers to receive traffic alerts, check for roadworks, locate speed cameras and plan routes.

It uses the GPS location system in phones to direct drivers to their destination and keep them aware of any incidents within 4km of their location.

The app can also, if desired, send a text message or email to specified contacts to inform them when the owner has arrived safely.