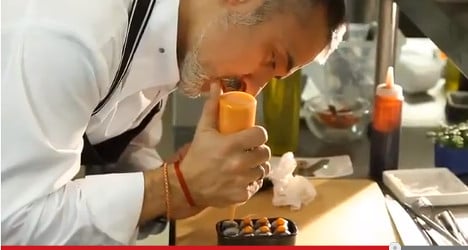 "Honestly, I'm in a state of shock, I can't believe it," said chef Sergi Arola on hearing his restaurant had been closed down. Photo: YouTube

At the same time, he and his wife, restaurant sommelier Sara Fort, were slapped with a bill for €148,000 in unpaid tax debts.

"The restaurant of my dreams has turned into a nightmare,"  Arola told Spanish radio station Cadena SER on Tuesday.

The chef from Barcelona explained he had first found out about the closure of the restaurant while he was in Paris, preparing for trip to Lisbon.

"Honestly, I'm in a state of shock, I can't believe it," he told Cadena SER:

Asked whether the restaurant closure was something he'd been expecting, Arola said: "We were fearing it.

"We had spent eight months keeping up with tax and social security payments and we were starting to see a little bit of light at the end of the tunnel. That's why it came as a such a blow."

"The officials turned up at around in the afternoon and didn't leave until six," Arola's wife Fort told national daily newspaper El País.

She said the tax agents closed up the cocktail bar and the cellar, and "would have closed the dining room too" if it hadn't been for the 40 guests present.

"They turned up without warning. If they had (warned us) we would have taken a few bottles to be able to serve people," Fort told the daily.

"The customers reacted well when they saw what was happening and some even brought their own wine," said the sommelier, who El País described as "visibly affected".

But there are still signs of hope for the couple.

Fort said that while she and Arola wouldn't be able to serve customers until debts where settled, shutting up shop forever was not yet on the cards.

A final closure could be avoided, she said, "if the bank supports us in this project and believes in the prestige of Sergi".

According to El País, the tax office did not accept Arola's assertions that the business was still viable, despite a regime of spending cuts at the establishment.

Fort said, though, that staff at the restaurant were still "motivated".

"They have given a lot, and have even accepted lower pay," she said.

"Having a gastronomic restaurant in Spain is extremely expensive," Arola told Cadena SER.

"Unfortunately we set up in 2006 when we thought Spain was a 'first division' country, and that this was a land of milk and honey."

Asked whether those restaurants were still earning, Arola said: "Yes, but everything that I earn I have to invest in this well that is Madrid. 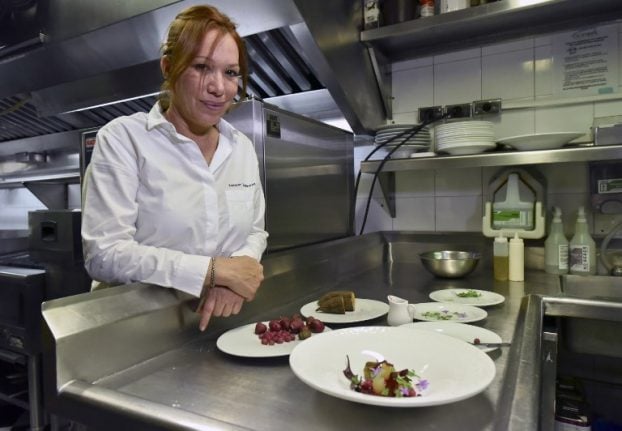 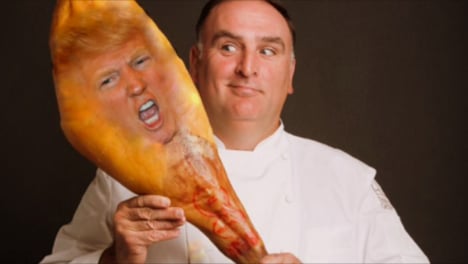 Espinosa is known for her highly artistic take on culinary traditions from across Colombia. Photo: AFP

Espinosa, the head chef at LEO in Bogota and founder of the Funleo foundation, received the award in Mexico City from a star-studded jury presided by Spanish chef Joan Roca, whose restaurant El Celler de Can Roca has twice been named the best in the world.

The jury called Espinosa “one of Colombia's most celebrated chefs and a key figure in its gastronomic renaissance.”

“Espinosa has revived the ancestral knowledge and know-how of mainly indigenous and Afro-Colombian peoples. She supports rural development based on food sovereignty, and promotes routes to market for small producers,” it said in announcing the award.

“She's a person with tenacity, perseverance, and commitment to preserving her country's diversity,” Roca said at the award ceremony.

The prize was launched last year by the Basque Culinary Center and the Basque government in northern Spain.

The Basque Culinary Center is a gastronomic university born off the back of a revolution in Spanish cuisine epitomized by the Basque country's plethora of Michelin-starred restaurants and by Ferran Adria, the father of molecular gastronomy.

The first winner was Venezuelan chef Maria Fernanda di Giacobbe, for her work to make the world a better place through chocolate: namely, by improving conditions for farmers of cacao, one of her signature ingredients.

Espinosa is known for her highly artistic take on culinary traditions from across Colombia, from the “conchadores” who gather shellfish on the Pacific coast to the recipes inherited from African slaves on the Caribbean coast to the flavors of the Andes highlands.

“The award shines a light on those communities that for years have struggled to be recognized for their ancestral value and contribution to national cultural identity,” said Espinosa, 54.

On Tuesday, star chefs Roca, Michel Bras of France, Gaston Acurio of Peru and others will lead a symposium on biodiversity and gastronomy amid the floating gardens of Xochimilco, a UNESCO World Heritage Site in Mexico City.

READ MORE: Scientists and top chefs team up to explore science of taste 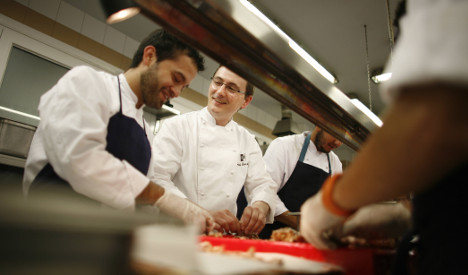 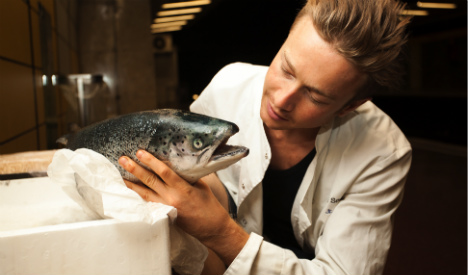 CHEF
‘I’m trying to capture how people would cook if no-one was watching’
Url copied to clipboard!