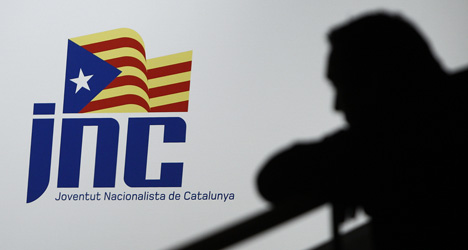 Organizers said that the free condoms were an attempt to spread their message "in a more light-hearted, face-to-face way". Photo: JNC/Flickr

JNC, the youth wing of the pro-independence party Democratic Convergence of Catalonia (CDC), hit the headlines on Monday with the launch of a new campaign to raise awareness of the separatist movement among young people.

Seven hundred condoms bearing the slogan 'I, Catalonia" were handed out in the Barcelona district of Gracia, according to local daily El Periodico.

Organizers explained that the campaign aimed to expand public awareness to better explain the benefits of Catalan independence to young people .

The Barcelona coordinator of the JNC, Sergi Sarri, said that they wanted to spread the separatist message "in a more light-hearted way, face-to-face, breaking the usual mould".

JDC, like its parent organization CDC which comprises half of the autonomous region's ruling centre-right CiU coalition, is aiming to attract press attention to a number of campaigns.

Party activists have opened 'independence information points' in various districts of the city where they can explain to the public their opinion that Catalonia should be a self-ruling state.

The campaigners will focus on those areas of the city where support for independence from Spain is weakest.