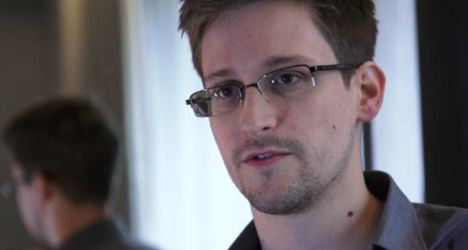 IT contractor Edward Snowden is the target of a US arrest warrant after leaking details of US cyber-espionage programmes to the media. Photo: The Guardian/AFP

"I have been contacted on behalf of Mr.Snowden for legal advice. Before making a decision, I have asked to talk to the interested party and for the necessary information to understand the case," Garzon said in a statement.

"Once that is done I will make a decision. As of today I do not represent Mr. Snowden's interests," he added.

A Russian plane said to be carrying Snowden left Moscow for Cuba on Monday, a day after the fugitive arrived in Russia from Hong Kong.

The IT contractor is the target of a US arrest warrant issued on Friday after he leaked details of massive US cyber-espionage programmes to the media.

Garzon was in February 2012 disbarred from his role as an investigating magistrate in Spain after he was found to have wiretapped conversations between defence lawyers and their clients.