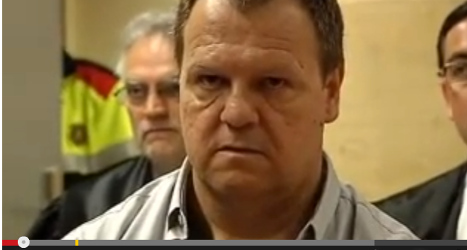 Joan Vila Dilme, dubbed "the angel of death", was found guilty on June 11th by a unanimous jury decision at a court hearing in the northeast Spanish town of Girona.

Prosecutors had originally wanted a 194-year jail term for the 45-year-old.

On Friday, however, the judge presiding over the case settled on a 127-year sentence for the killer.

He will serve a maximum of 40 years, Spain's La Vanguardia newspaper reported, also on Friday.

In his sentence, the Judge said it had been proven to Vial Dilme administered descaling acid, bleach and drugs to his victims.

The result had been "extraordinary suffering" and then death.

The court also said that Vila Dilme had acted in a premeditated fashion and "wanted to kill" his victims.

Reading out his statement, the judge also dismissed defence lawyer claims that the killer had been suffering from mental problems which "could have prevented him for understanding his actions".

Vila Dilme, a security guard at the La Caritat home in Olot, in Spain's Catalonia region, was arrested in October 2010 after the death of an 85-year-old woman in a local hospital.

He later confessed to her murder, saying he had made her drink bleach.

He also owned up to the murder of two other elderly people, which he said were carried out in order to "end their suffering".

Eight other murders, committed between August 2009 and October 2010, later came to light, with the victims given overdoses of insulin or various fatal pharmaceutical cocktails in a case which has stirred high emotions in the country.