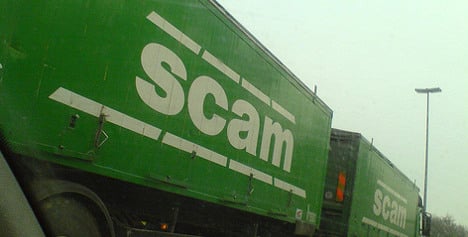 Spanish police arrested José Manuel Quintia on Thursday for his role in six crimes in Madrid over recent months.

Quintia, described as being "around 70 years old" by Spanish media, pretends to be military top brass to win the confidence of his targets.

His modus operandi involves offering people non-exist military-related contracts for services like army hairdressers or laundries and then charging for his services as a middleman.

Police circled in on the 'captain' after a woman went to police a few weeks ago and described how a man had offered her the possibility of taking over a military canteen at a Madrid army barracks.

The man had then asked that she provide personal documentation and a €900 ($1,180) fee to "facilitate the process".

The con artist's victim handed the money over but feared afterwards that she might have fallen prey to a scam, leading her to approach the police.

Notorious in Spain, the swindler known as Capitán Timo has been active since at least the 1960s.

During the incident, he threw himself to the floor and started shaking violently.

A court doctor declared him fit and healthy but the trial went on without him present in the court room.

In 1991, disgused as a frigate captain and using the name José Manuel Cervera de Prada he drove up to the headquarters of a Madrid telcommunications company in a luxury Mercedes Benz decorated with Spanish flags.

By paying in cash "from reserve funds", and through other similar purchases, he managed to win over the manager of the business.

Some time later, the swindler proposed a business plan. The manager of the telco firm could — with his help — buy telephones more cheaply from US army bases in Spain.