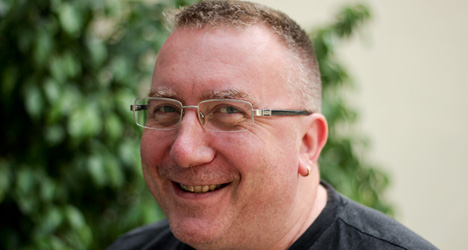 'Spain would try to keep an independent Catalonia out of every international organization of which it is a member,' says author Matthew Tree. Photo: Steve Tallantyre

How would you describe Catalonia to foreigners?

It's Scotland next to the Mediterranean.

By that I mean it's a country that before the 18th century was an independent entity – it had its own diplomatic corps, its own army, its own administration, its own taxation – and which by hook or by crook, in this case by armed violence, was made a part of an emerging nation state.

The Scots made a kind of skewed deal with the English who bribed a lot of the Scottish landowners to sign the Act of Union, but the Catalans were simply defeated in a war and that's why they now form part of the modern Spanish state.

What sets Catalonia apart from the other autonomous regions of Spain?

Historically, it has been in Spain against its will.

In the present it seems that it is still in Spain against its will, and it has been the butt of the most extraordinary amount of intra-state prejudice for the last 200 years. Catalans are treated as foreigners within the Spanish state.

They've been insulted and reviled; their language is not seen as an addition to Spain but as something treacherous, ugly and threatening to Spanish national identity.

Do you believe that the attitude of Spain towards Catalonia is inclusive or colonialist?

I would say it's almost worse than colonial.

When they lost them they were losing countries that had been Hispanicized, and the problem for them with Catalonia is that it's supposed to be a part of Spain and yet it's less Spanish in many ways than many Latin American countries.

That makes it an object of rejection and, often, hatred.

It simply doesn't fit into the Spanish scheme of things so the only way to try to make it fit is to Hispanicize the Catalans.

This is, of course, exactly what the current administration is trying to do by limiting the use of Catalan in schools, by interfering in all sorts of ways with the Catalan administration.

Why are so many people in Spain opposed to a Catalan referendum on independence?

Because they know that independence would be the winning option.

What about the argument that the rest of Spain should have a say in what happens to a part of "their" country?

No, that hasn't been applied in any independence process in Europe, ever, so I don't see why it should be applied in this case.

How has the economic crisis affected the independence movement?

It's been a two-stage process.

When the third Catalan statute of autonomy was essentially rejected by the Spanish courts after being voted in by a majority here in 2010, there was a massive, one-million-strong demonstration in the streets of Barcelona.

That was before the crisis had hit home as hard as it has now. That was about the political issue; the economic factor had still not really come into play.

By 2012, all the information about the money owed — according to the Spanish government's own calculations — by Spain to Catalonia, the facts and figures of just how much Catalan tax was being paid out and how little was coming back, was becoming a lot clearer.

This had the result surprising a lot of people, even some Catalans, when the big demonstration came on September 11th 2012 because a lot of people there were Spanish-speaking Catalans.

Their joining the independence movement was a sign that the economic factors had come into play completely, because they were people who did not necessarily have any cultural interest in Catalan independence.

Statistics say that Catalans would be wary of an independent Catalonia outside the EU but that survey was done a few months ago.

I think now it's got to the stage where we've seen the extraordinarily negative and insulting reaction of the Spanish government to the idea of a referendum and most Catalans now just don't care if they're in the EU or out of it: they just want to get out of Spain.

Like many Catalans I was a federalist for a long time.

Until 2010 it was probably a majority option, but the central government would have to agree to a fully federal Catalonia and Basque Country and perhaps Galicia and we would have seen some signs by now if there had been any real wish, either on the right or left of Spanish politics, to see it.

What, if anything, could the Spanish government do to curb Catalan desire for self-rule?

For a start they could sit around the table with them on a one-to-one basis and talk about federalism and offer them what the Basques and Navarrese already have.

If they did that, and they did it sincerely, and they gave international guarantees that they'd keep their word – because they've broken so many promises in the past – that would certainly confuse, if not defuse, the independence movement.

Despite their differences, Spain and Catalonia share many historical, cultural and economic interests. How do you imagine their post-independence relationship would be?

I think the early stages it would be very difficult.

Spain would try to keep Catalonia out of every international organization of which Spain is a member, from the EU to FIFA.

They'd try to blockade Catalonia as if it didn't exist, just as they're doing now with Kosovo.

On a popular level there would be a boycott of Catalan goods, but they tend not to last because they're tiring and a growing majority of trade is now with countries other than Spain anyway.

There is another possibility, of course.

Once Catalonia is independent it might cease to be seen as a disruptive element within the Spanish state, or as a traitor to the national image that some Spanish people have, and would simply be seen as a foreign country. It might even create a positive effect within Spain.

Matthew has written a collection of essays titled Barcelona, Catalonia: A View from the Inside. His latest English-language novel, SNUG, has just been released. These are both available on Amazon.