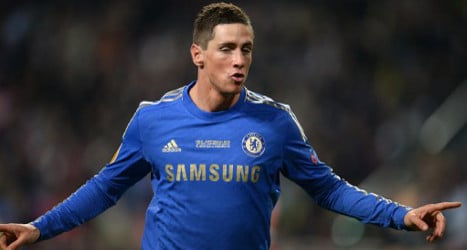 Torres has found himself relegated to the status of a squad player since Euro 2012, when Del Bosque decided he wanted to try to dispense with a designated centre forward, but has accepted his fate knowing that he still scored three goals from the bench in Poland and Ukraine as the Furia Roja became the first country to land three consecutive major senior tournaments.

"I just hope I do get the chance to impress coach Del Bosque so that I can give him a bit of a selection dilemma," Torres told Onda Cero radio.

"I thought we played really well against Uruguay and I think it is certainly very difficult for any side to play against us.

"We always want to win of course, but we want to do so with style," said Torres, who is aiming help Spain land a first Confederations title after their shock loss to the United States in the 2009 semi-final.

Del Bosque is likely to ring the changes for Thursday's game meaning that Torres' chances of starting are good despite the fine form of both Pedro Rodriguez, 11 goals for his country this season, and fellow scorer against the Uruguayans Roberto Soldado.

"Of course we are clear favourites, but you still have to turn up and do the job and we must respect Tahiti," said Pedro. "We will try to play our game and keep on winning."

Del Bosque has acknowledged he would like to see Spain kill off games and be more ruthless having seen Uruguay come back and pinch a late goal to go down 2-1 in a game in which they should have been dead and buried by half-time.

And against amateur rivals the Spanish have the chance to show they are about much more than pretty passing patterns and fluid movement.

"Iniesta is different, he is a Brazilian."

Pedro, who says he feels that "the first half against Uruguay is the best I have seen us play," agrees. "He is a real pleasure to play with,'' said the 25-year-old.

Del Bosque meanwhile insisted that his decision to field goalkeeper Iker Casillas against Uruguay was not down to favouritism after the Real Madrid custodian endured a miserable second half of the season owing first to a hand injury and then to his being left out even when fit again by then Real coach Jose Mourinho.

"It is nothing to do with favouritism or personal issues but all to do with sporting criteria. There are certain details which speak in favour of plumping for him," Del Bosque told Spanish media, though he conceded that he might give a run out to either Pepe Reina or Victor Valdes against Tahiti.

Tahiti coach Eddy Etaeta meanwhile said that he hoped his amateurs would have learned something from their six-goal hiding at the hands of Nigeria and would stand up and be counted against Spain in what ought to be one of the biggest mismatches in recent memory.

"When you see Spain's great performance (against Uruguay), you can start getting worried. Tactically, we'll have to play better. And from a physical perspective, we'll need to compete more strongly in the duels. But we'll recuperate, analyse our performance tonight and then think of Spain.

"We said that scoring a goal in this tournament would be exceptional, but scoring against Spain would be grandiose." 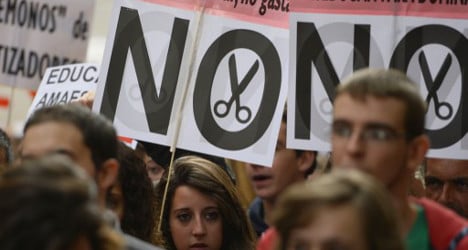 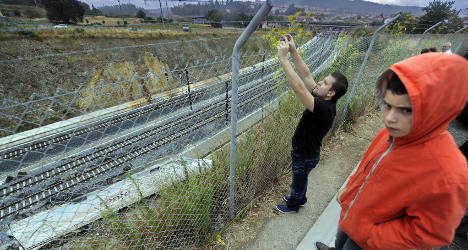 Students hold placards during a demonstration in Madrid on Wednesday protesting the government's cuts in education spending. Photo: Pierre-Phillipe Marcou/AFP

Unions have called the general strike a success, saying 83 percent of non-university staff and students had chosen to stay away from the classroom.

"The education sector is raising its voice again to defend a model which guarantees equality of opportunity for all," said unions in a statement released on Thursday.

The system "is under serious attack as a result of continuous cuts on educational resources" said the unions.

They called for the Spanish Government to scrap higher university fees and do away with its LOMCE reforms.

The new rules also mean students will have to elect to choose between academic and technical streams — a system unions describe as elitist.

Thursday's strike comes a fortnight after the Organisation for Economic Cooperation and Development published study results showing Spanish adults had among the lowest results for reading comprehension and maths skills in 23 developed countries tested.

The OECD study revealed many Spaniards struggle to understand simple charts and graphics.