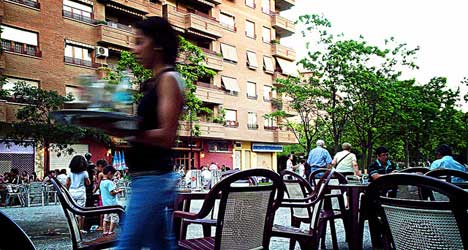 The Yearbook of Immigration in Spain 2013, released on Monday, has detailed the changing profile of Spain's foreign workers.

Before the crisis, most immigrants were male, aged between 16 and 34, and came to work in construction.

Now that profile has changed.

Josep Oliver, Professor of Applied Economics at the Autonomous University of Barcelona and one of the report's authors, described today's immigrants as older, more skilled, more likely to be female and more likely to work in the service sector.

More than a dozen experts contributed to the publication, which is subtitled "Immigration and crisis: between continuity and change."

The report also shows that despite its high-profile 'brain-drain' and youth emigration, Spain is still a country of net immigration.

The figure is positive despite over 1.3 million foreigners returning home or moving to other countries over the same period.

In the report, the authors point out that it is more difficult to track this as people often fail to inform authorities when they leave.

The total number of foreigners living in Spain has remained relatively stable throughout the crisis, at around six million.