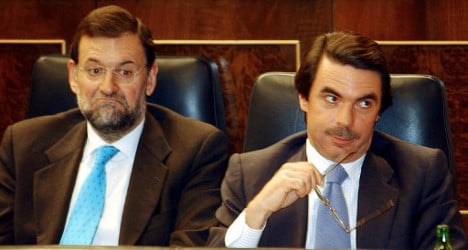 "Did I tell you I do a thousand sit ups a day, Mariano?" Photo: Pierre Philippe Marcou/AFP

Although Spaniards are known for being extremely straight-talking people, the country’s political class has taken it to a whole other level.

Can you imagine a world leader using the F word in front of a crowd of journalists?

From Spanish politicians calling their international counterparts filthy names to the King telling Venezuelan leader Hugo Chavez to shut up, this week's The Local List of Spain’s ten best  political gaffes has it all.