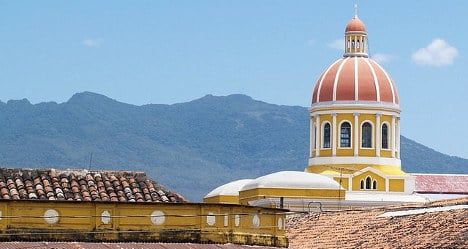 The Spanish Association of Clinical Transsexuals has called for the hunger strike outside a cathedral Granada. Photo: wirralwater/Flickr

The Spanish Association of Clinical Transsexuals called for the hunger strike on Wednesday after a parish priest from the small Granadan municipality of Íllora said it would be "outrageous for the Church to confirm a transsexual".

Manuela Rute was three weeks away from completing her catechism when Íllora's parish priest told her he wasn't willing to carry out her confirmation.

Most Spanish Catholics are confirmed when they are teenagers. The ceremony marks their entrance as fully-fledged members of the Church.

The 56-year-old woman, currently suffering a depression as a result of the bad news, told online newspaper Ideal she was also denied the possibility of being confirmed with the male name she was baptised with.

"It’s taken me a long time to gain the respect of the people of Íllora as an individual and as a woman. I've done my best to fit in."

José Luis Ontiveros, Íllora's parish priest, told Spanish news agency EFE that Manuela will always be welcome in his church but that "confirmation is a sacrament that can't be granted to transsexuals because Christianity doesn't recommend it."

The Spanish Association of Clinical Transsexuals said in a statement that although a date for the hunger strike hasn't been set yet, they have already proposed a shift system for those taking part.