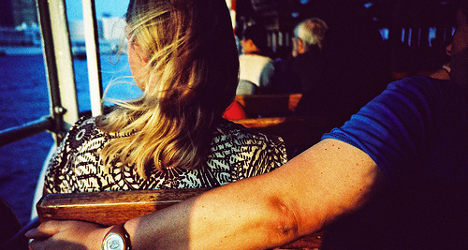 Nearly half of all Spaniards said Bilbao was the nation's worst place to meet new partners. Photo: Alice313/Flickr

Nearly 40 percent of Spaniards said the Basque city of Bilbao was the country's most difficult city in terms of meeting romantic partners, a new study by the marketing company Control shows.

Bilbao locals were even harder on themselves with 55 percent of people from the northern metropolis saying the place was no Eden when it comes to hooking up.

But people from Navarre were also critical of Bilbao with 50 percent of respondents naming the city as home to the country's least approachable lovers.

Meanwhile, half of all Andalusians and of people from Murcia gave the Basque capital bottom marks in the lover stakes, La Opinión de Málaga newspaper reported on Thursday.

The situation for romantic hopefuls is rosier in the large cities of Madrid of Barcelona though.

Twenty-nine percent of Spaniards plumped for Barcelona as the nation's best place to meet partners while 39 percent gave that honour to the country's capital.

There was no false modesty on display in Madrid either.

Nearly three quarters (72 percent) of Madrid residents said theirs was Spain's easiest city to hook up with people in.

The capital's neighbours also gave Madrid the thumbs up, with 56.4 percent of people in Castillia–La Mancha giving the nod to the city.

Speaking about the results, sex education expert Nayara Manero said that "climate, leisure options, nightlife, age and personality" all played a role in ease of finding a partner.

She highlighted the east and south of Spain as the best options weather-wise, while it was leisure options that put Madrid and Barcelona high up the list.

And in the case of Bilbao? She said the cold climate and the lower rate of young single people both played a role in the city's low standing in the study.