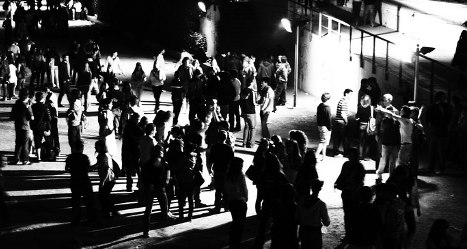 The Spanish Government is looking at ways to curb alcohol consumption among the country's children and adolescents. File photo: Adrià Sanchez Aràn/Flickr

The idea of financial sanctions for the parents of children who abuse alcohol was mooted recently by a delegate for Spain's National Drugs Plan (PND), Francisco Babín.

Introducing the proposal on June 4th, Babín said the aim of the project was to punish parents, and not children and teenagers.

"Tolerating or favouring repeated excessive consumption of alcohol is a form of child abuse because it affects their future capacities," said Babín.

"Let's not forget that alcohol kills brain cells," he added.

The PND boss called for fines for parents of children who repeatedly ended up in the emergency units of the country's hospitals because they were intoxicated or were suffering alcohol poisoning.

The measure is part of a new draft law being put together by the Spanish Government which aims to reduce alcohol consumption among Spain's youngsters.

Spain's Health, Social Services and Equality Minister Ana Mato was quick to point out that the PND plan remained "just a proposal".

The Catalan Minister for Health Boi Ruiz, meanwhile, said that any such sanctions would only "in extreme cases" and that there remained plenty to do in terms of demystifying alcohol for younger Spaniards.

But Spain's newspapers and television stations were quick to draw attention to a perceived problem of rising alcohol abuse among young people in Spain.

Catalonia's La Vanguardia newspaper published an in-depth interview with the Coordinator of the Spanish Society of Toxicology, Santiago Mintegi.

Mintegi said Spain urgently needed to tackle its youth alcohol problem and said that the number cases of intoxication seen in the country's pediatric units had tripled in the last ten years.

While he admitted that there were no general figures on whether young people were drinking more, he said that the rising number of cases of children and teenagers with alcohol poisoning in those pediatric units suggested  that underage drinking was on the increase.

Mintegi told La Vanguardia this increase was more pronounced than in similar countries like Italy and Portugal, and this was particularly true for children under 14.

A study carried out at Bilbao's Hospital de Cruces — where Mintegi workds — showed that 13.7 was the average age of which Spanish youngsters started drinking.

"I don't know if drinking ages keep falling, but we are seeing more cases, and earlier," Mintegi stressed.

In a previous interview with Spain's Cadena SER, the medical expert claimed Spain held the 'record' for the youngest child with alcohol intoxication: 11 years.

Stretti told Spain's ABC newspaper that more and more parents were bringing their 13- to 16-year-old children in for alcohol-related counselling.

The psychologist said the problem of youth alcoholism was particularly difficult because alcohol "is an integral part of our society and forms part of everyone's lives".

"It's very painful, because the parents often have doubts and guilt, and wonder if they had something to do with the problem, or if they have done something wrong," said Stretti.

She added that children found it difficult too because they are at an age where they want to socialize.

They ask what they will do when the go out "if they don't drink".

Meanwhile, 36 percent of people aged from 14 to 18 admit they have been drunk in the last month, according to Ignacio González, the director of Spain's Federation Against Drug Abuse.

But Spain's experts are not sure that fining parents is the way to attack the problem. This is because there are few incidents of young people being repeat offenders when it comes to alcohol poisoning.

"In my hospital, we haven't even seen one," Mintegi told El País newspaper.

"I don't think even the government believes we are going to solve the problem with this measure (involving fining parents)," said the doctor.

"But at least we are talking about it.

In the same article, Juan González Armengol, President of the Spanish Society of Emergency Medicine said "there is no evidence that fines reduce the incidence of repeat intoxication".

There are also practical problems facing the measure, the national daily reported.

One of these is that Spain lacks a digital system for tracking patients across different medical centres.

Another obstacle facing the measure is a law protecting patient's rights.

The legal age of medical maturity for Spaniards is 16 years, and medical practitioners are under no obligation to inform parents or teachers about patients who have reached this age.

There is, however, an exception. If doctors believe there is a "serious risk" to the patient, they can make a judgement call.

But specialists are also warning that the measure could also have another unintended side effect: teenagers could avoid going to hospital.

"That could happen and we have to be careful. We have to establish what we can gain with a measure like this and what the consequences could be.

Meanwhile, many of Spain's parents have come out strongly against the plan to fine them if their children repeatedly drink to excess.

The President of Spain's Institute of Family Politics (IPF) said the plan was "a way of making money".

He was cited in El Mundo newspaper as saying that "the issue not about fining parents but about limiting children's access to alcohol".

Sánchez recommended instead that the focus should be on "responsible consumption".

In the case of young people, the focus should be education and prevention, said the confederation head.

For Luis Carbonel, the President of the Confederation of Catholic Parents' Associations (CONCAPA), the solution involves not punishment but the government investing more in the education of parents and children.

But Carbonel doesn't completely rule out fines for parents in cases where it was clear that parents "are irresponsible" or "haven't paid attention to advice". 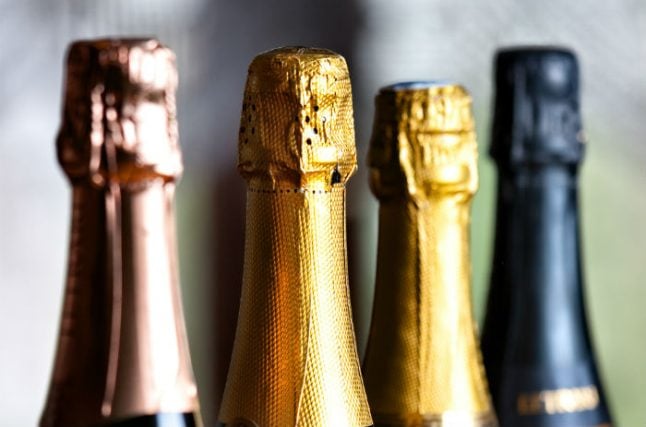