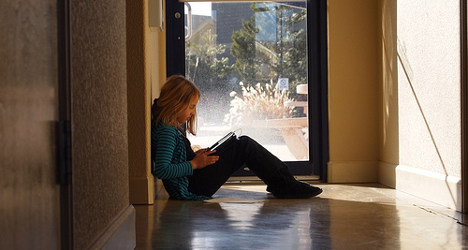 The programme is inspired by one already in place in Barcelona, the capital of Catalonia and Spain's second-largest city, which has already identified 2,800 students facing food shortages because of the economic downturn.

Catalonia's regional education ministry "is working on a protocol to target serious cases of food shortages among schoolchildren", the Catalan regional government said in a statement.

Catalonia's regional education minister, Irene Rigau, on Wednesday cited the example of Barcelona city hall which began drawing up a list of schoolchildren in need last year before the start of the current school year.

This system, which will be extended to the entire region, "was created with the desire to respond appropriately to situations that we can detect in schools, children who are not properly nourished" a spokeswoman for Barcelona city hall said on Thursday.

"They sometimes skip a meal for example, but in no case can we speak of malnutrition," she added.

Barcelona's social services, after a case by case analysis, concluded that most of the 2,800 schoolchildren were already receiving some form of state benefits and new support was only granted to 703 children and their families on the list.

Barcelona city hall has already doubled the amount allocated to canteen services to €5 million ($6.5 million) in the 2012–13 school year from €2.5 million in the previous school year.

In Catalonia, 64,000 students receive aid in the canteen this school year, up from 56,900 at the beginning of Spain's economic crisis in the 2008–09 school year, according to Catalan regional government figures.

In similar news, Andalusia on Monday began providing some 11,000 children with milk and fruit for breakfast and a sandwich as an afternoon snack

That initiative is part of a package of measures approved by the regional government in Seville, run by the Socialist Party and the far-left United Left, on April 30th "to fight against social exclusion".

The region already provides a free lunch to around 70,000 needy children

Spain, the eurozone's fourth-largest economy, is still struggling to overcome the aftermath of a property bubble that imploded in 2008, destroying millions of jobs and sending debt levels soaring.

The country's unemployment rate shot up to 27.16 percent in the first quarter of 2013, the highest level since Spain returned to democracy after the death of General Francisco Franco in 1975.