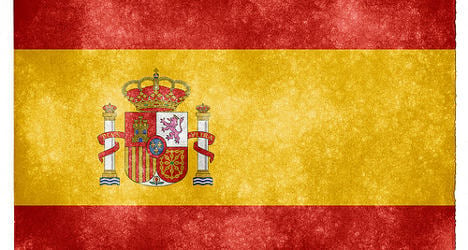 The organizers of Brand Spain want to promote the image of a country with plenty of potential: Nicolas Raymond/Flickr

The all-star launch of the campaign took place at the headquarters of the European Parliament in Brussels.

The plan was to project the image of "a modern and traditional Spain" with great potential despite the current crisis, sources within the Spanish parliament told Europa Press.

Around 500 people attended the event  — mainly civil servants and Spanish delegates in the Europe Parliament according to national daily El País.

The most senior official from Europe was the Spanish Vice President of the European Commission Joaquín Almuniana.

Speaking at the launch of an initiative originally proposed by the Eurodeputy for Spain's ruling Popular Party Luis de Grandes, Almuniana spoke up against the stereotype of a Europe made up of "an industrious north and a lazy south".

He also called for Spain to rediscover "the values of the Transition" — the period after the death of the Spanish dictator Francisco Franco — when the country moved towards democracy.

Drawing parallels with Europe, the European Vice President said that those values of "consensus" were "not so different from those in the construction of Europe.

Spain's Foreign Affairs Minister  José Manuel García-Margallo sounded a stern warning to the country's Basque and Catalan nationalist saying "whoever has one brand had one brand but if you have two, you only have half (a brand), and those who have three don't have any".

Organizers said the event, which included showcases of Spanish cooking, fashion and music, only cost €10,000 to put on but El País questioned the use of what was "largely a Spanish get-together.

The "Brand Spain" initiative has also received plenty of criticism within Spain for trying to gloss over the country's real problems.

Twitter was ablaze on Wednesday with comments on the 'real' state of Brand Spain.

"Brand Spain reeks of corruption, eviction, cuts to health and education, this is made in Spain," user wrote user ‏@NurideNu.

Meanwhile, a user going by the name of Irene wrote: "Brand Spain is me — a university graduate — jumping up and down on the spot because I have an interview for a two-month job."

"The government wants to get rid of the image of a tourist Spain but presents Brand Spain with flamenco and tapas," wrote Gemma Lienas.