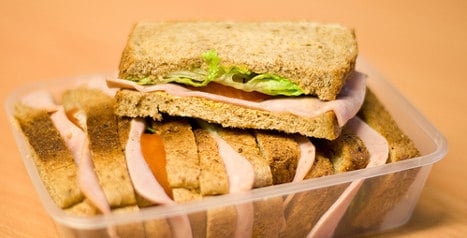 The region of Andalusia in southern Spain already provides a free lunch to around 70,000 needy children. Photo: Christian Cable/Flickr

The initiative is part of a package of measures approved by the regional government in Seville, run by the Socialist Party and the far-left United Left, on April 30th "to fight against social exclusion".

Under the plan some 11,000 minors began on Monday getting milk and fruit for breakfast and a sandwich as an afternoon snack.

The region already provides a free lunch to around 70,000 needy children.

Once the first phase of the programme, which has a budget of 2.0 million euros ($2.6 million), is fully implemented some 50,000 children will receive breakfast and an afternoon snack.

"Children are the ones who are suffering the most in this situation. If we did not implement such measures, we would be leaving minors unprotected, and they are the most vulnerable," said Magdalena Sanchez, the director of social services for the regional government of Andalucia.

Andalucia, which is home to around 8.5 million people, making it Spain's most populous region, has been especially hard-hit by the economic downturn.

Its unemployment rate stands at 36 percent, above the national average of 27.2 percent.

In April the regional government approved a law that allows it to expropriate properties from which people are about to be evicted for up to three years to allow them to continue to live there.