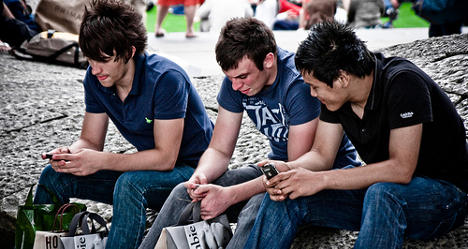 Brussels is eying the creation of a true single market for telecommunications. File photo: Garry Knight

Speaking at the European Parliament on Thursday, European Commission Vice President Neelie Kroes pleaded for an end to mobile roaming fees within the European Union.

The scrapping of mobile roaming fees within Europe would be great news for the millions of Spanish residents who regularly travel for work and pleasure.

In 2011, Spain's mobile phone companies notched up roaming revenue of over €700 million, according to the national telecommunications agency the CMT.

"There is no other sector of our incomplete European single market where the barriers are so unneeded, and yet so high." said Kroes during her speech.

"It is my belief that we can deliver such a package — this full, final, package — around Easter 2014," Kroes told the European parliament.

"Whether they need it for travel, for trade, or for transactions – our people need this reform," she said.

In her speech, Kroes also admitted it was difficult "to push other telecoms and digital issues to the top of the political agenda" but argued "a strong single market package is the way to change that".

"Telecoms touches everything and users are developing massive expectations of it," added Kroes.

In 2012, the European Union capped mobile phone rates and required mobile phone operators to "decouple" their domestic and roaming price plans, moves which Kroes said had been very popular.

Spain's telecommunications sector was worth €37.95 billion in 2011, the last year for which figures are available according to the Ministry for Industry, Energy and Tourism. Some 43 percent of that is revenue from mobile telephony.