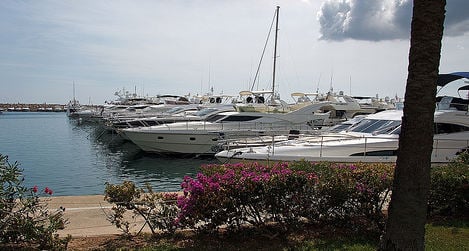 The Balearic Islands' Tourism and Cultural Foundation sent a letter to the National Heritage department which manages state assets used by the royals on Monday to ask that it return the 41.5-metre (136-foot) yacht Fortuna, which they gave the king in 2000.

"The decision to give the yacht was taken so that his Majesty the King and the Royal Family could use it," the group said in the letter.

The group had said it hoped the king's presence in the Mediterranean archipelago would draw holidaymakers to the islands, where the royal family have a summer residence and spend several weeks a year on holiday.

The yacht has provided countless photo opportunities of the king and other members of the royal family sunning themselves on its deck but the monarch has set sail in the boat less frequently in recent years, making his last outing in August last year.

Earlier this month the royal household announced that the 75-year-old king was giving up the yacht in what was seen as a belt-tightening measure as Spain struggles through a double-dip recession that has caused the jobless rate to soar to a record 27 percent.

Each refuelling of the yacht costs more than 20,000 euros, according to the Spanish press.

The king won wide respect in Spain for helping guide the country through a political transition after the death of dictator Francisco Franco in 1975 but polls show public confidence in the royal family has plunged due mainly to a corruption scandal involving the monarch's son-in-law, Inaki Urdangarin.

The king also provoked outrage among Spaniards in April last year when he took a luxury elephant-hunting safari in Botswana in the midst of the economic crisis.

The holiday was only discovered when the king broke his hip and had to return to Spain for treatment, leading him to issue an unprecedented apology