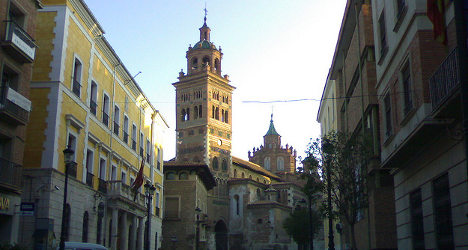 The 70-year-old woman from the town of Alcalá de la Selva in Aragon took the drugs to prevent her two sons   — aged 37 and 43 — from being taken in for drug trafficking.

She swallowed the drugs when the car she and one of her sons were travelling in was stopped by the Guardia Civil, reported El Periódico on Wednesday.

The officers noticed the woman was "slightly out of it" and escorted her to a medical centre in Teruel.

The woman was treated, and thanked the police officers and the doctor who treated her. However, she died of a heart attack shortly afterwards.

An autopsy will now be performed to ascertain what type of drug she ingested.

Her death was in vain though.

After the woman died, police determined that the son she was travelling was a suspected drug trafficker, and that the drugs which had caused his mother's death may have been destined for sale.

Officers then returned to the homes of the two soon and found drugs there. The men were then detained in temporary custody for an alleged offence against public health.