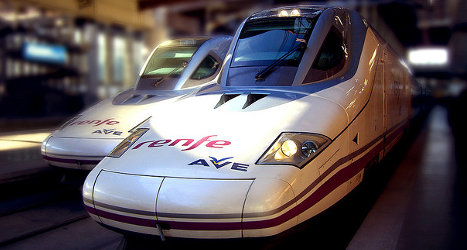 The wheel system also means the trains can travel much faster around curves.

The award is akin to a technology Oscar, according to Spanish news site 20minutos.

Receiving the prize, López Gómez recalled how his brother had told him that it would be difficult to develop something new because everything has already been invented.

But "everything can be optimized to improve the quality of life," he told the audience at the prize ceremony in Amsterdam.

Around 500 guests attended the award ceremony at the Beurs van Berlage in the capital of the Netherlands, including Her Royal Highness Princess Beatrix of the Netherlands and Michel Barnier, the European Commissioner for Internal Market and Services.