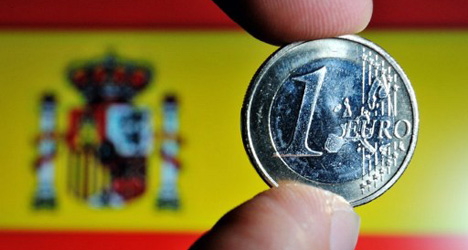 A report compiled by Adecco, the multinational human resources consultancy firm, has placed the average monthly wage in Spain at €1,615 – 16.6% below the European Union average.

The study, known as the Adecco Monitor of Employment Opportunity and Satisfaction, is based on figures from the last five years, according to the Europa Press agency.

Italy is below the European average but still above Spain with €1,898.

Average wages in Ireland (€2,866) and Cyprus (€1,657) are still higher than in Spain despite both countries having their economies bailed out, although the report states that the situation in Cyprus is likely to change.

There are twelve European countries with lower average wages than Spain, including Portugal (€1,078) and Greece, for which no reliable data exists.

The purchasing power of full-time workers grew by 1.8% in the last 5 years while that of part-time workers fell by 2%.

Workers in large companies of more than 200 employees earn an average of €2,014 per month and fare much better than their counterparts in small companies of fewer than 50 workers, who earn €1,368 – a 47% difference.