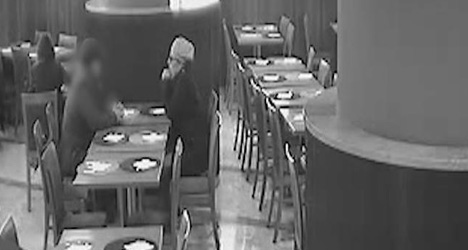 An investigation into a cocaine smuggling ring in the Sant Martí district of Barcelona has resulted in 22 arrests and the seizure of 4.5kg of drugs.

Catalonia's Mossos d'Esquadra, the region's police force, reported on Friday that the operation began in December when officers became aware of the existence of the smugglers, who acted extremely discretely in order to avoid attention.

One of the strategies employed by the gang was to courier the cocaine by bicycle along difficult-to-reach or pedestrian-only routes.

Buyers were required to pick up their shipments from predetermined locations, such as outside bars, in order to avoid direct contact with dealers.

A 3.7kg shipment of drugs from the Dominican Republic was intercepted on April 17th during the course of the investigation, according to Spanish daily 20 Minutos.

It had passed through Brussels and Paris before arriving by train in Barcelona's Estació de França station.

Once the organization's structure was fully understood, police swooped on eleven premises in the Barcelona area.

Officers found 800g of cocaine, scales, wrapping materials, €3,000 in cash, and other items believed to be proceeds of drug trafficking.

Of the 22 people arrested, 13 are from the Dominican Republic, 4 are from Colombia and 5 are from Spain.