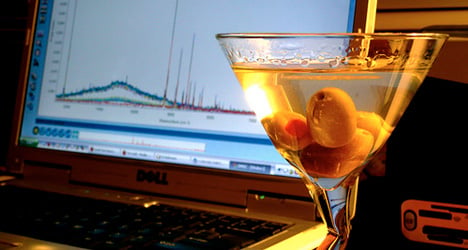 Research by the National Commission for the Rationalization of Spanish Schedules puts Spaniards near the top of the European tables for both hours worked and days off, reports the Europa Press agency.

The president of the organization that commissioned the study, Ignacio Buqueras, said that in Spain the problems lies in the concept of what constitutes work and "confusing being present at one's  workplace with being productive."

He added: "Europeans have the idea that Southern Europeans, and specifically the Spanish, don't work very much and have a lot of public holidays. If we were more productive and could get over this culture of being ever-present, we could enjoy even more leisure time with our family and friends ."

There are 8 national public holidays in Spain this year, not including those that fall on Sundays.

One of Spain's most famous holiday traditions is the "puente" or "bridge" – the practice of stretching mid-week public holidays to meet the nearest weekend by adding extra unofficial days off.

It has been proposed that all public holidays after 2014 should be moved to a Monday or Friday to circumvent the practice and increase national productivity.

The Commission pointed out that there is no precedent for this  measure in the euro zone, where public holidays are usually immovable, but there are countries where workers must make up for the hours lost by any "puentes".

Some countries, including France, England, Germany and now Italy do not have local official holidays.

The commission believes that any move to reschedule public holidays to Mondays or Fridays should be welcomed as long as it is accompanied by balancing measures including changes to work timetables and new ways to increase company productivity.

Buqueras said: "Moving some official Spanish holidays to Friday or Monday, except for those deeply rooted in society, would certainly be a beneficial measure for businesses and workers, as it would mean the end of the long 'puentes', which would be positive for both business productivity and employee performance."