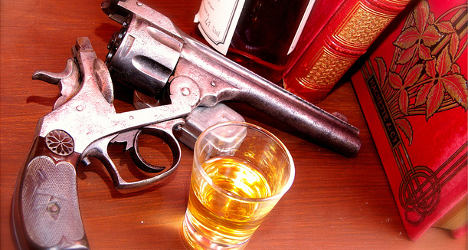 A gun was loaded with three bullets and the trigger pulled twice in the violent attack. Photo: Vasnic64/Flickr

The robbery turned violent on Monday night when the burglars assaulted an elderly British couple living near the town of Santa Cristina d'Aro on the Costa Brava.

The husband had gone outside to smoke a cigarette in his garden when he was attacked and forced to go inside, according to a report from the Catalan News Agency.

The thieves then tied the couple's hands and feet before subjecting the woman to a game of Russian roulette.

A revolver was loaded with three bullets and held to the woman's head.

Sources close to the investigation say that the trigger was pulled twice during the torture but no shot was fired.

It is believed that the thieves made off with cash and electronic goods worth no more than a total of €500.