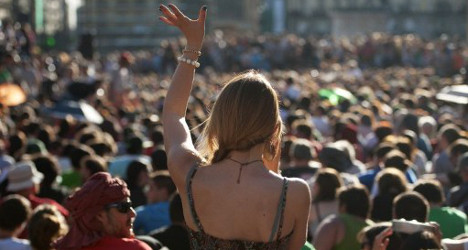 Spending cuts and labour reforms are at the heart of the vast majority of demonstrations taking place in the Spanish capital, online daily Teinteresa reported on Monday.

Crisis-riddled Madrid has already seen a whopping 1,628 street demos since the start of 2013, 837 more than those carried out in the first four months of 2012.

Governing Popular Party minister Cristina Cifuentes said on Monday that figures tend to shoot up on “tense” days like last Friday, when 43 demos were executed across Madrid.

But it’s not just Madrileños who are taking to the streets to protest against the country’s deep economic recession and crippling unemployment.

A staggering 36,232 rallies have already taken place across the country, with Barcelona accounting for 2,494 of them.

Other European cities like Berlin, Athens, Lisbon and Rome have been left trailing behind, despite the high number of rallies that are being carried out to protest against their governments' handling of the crisis