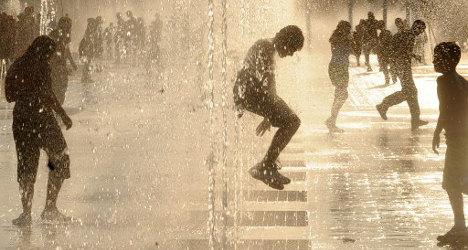 Filipinos and Bulgarians are the two groups that feel the most socially integrated in Spain. Photo: Philippe Desmazes/AFP

The investigation, a joint venture by the Ortega and Gasset foundation and Princeton University, reflected a 20 percent rise in the number of second generation immigrants that feel Spanish when comparing 2008 stats with those of 2012.

Filipinos and Bulgarians are the two groups that feel the most socially integrated whereas the children of Bolivian and Chinese immigrants identify considerably less with Spanish society as a whole, only daily 20 minutos reported on Tuesday.

The number of second generation immigrants who have mainly Spanish friends is also up — 50 percent in 2012 — although Ecuadorian, Dominican, Chinese and Bolivian offspring still tend to spend time mainly with people of their own ethnic group.

There seems to be no link between who second generation immigrants choose to have as their friends and racism or social exclusion, as only ten per cent of those surveyed stated they feel discriminated against.

Researchers Alejandro Portes and Rosa Aparacio found the recent exodus of foreigners from Spain does not apply to the “new Spaniards”, as the vast majority of those surveyed in 2008 were still living in Spain in 2012.

Their financial situation is however considerably worse than their Spanish counterparts, as 66 per cent of second generation immigrants come from families who survive on less than €1,500 a month, compared to 25 percent of Spanish homes who have to make ends meet with the same amount.

Portes and Aparacio told online daily 20 minutos that the “positive” integration of the “new Spaniards” is down to the welcoming nature of the Spanish population.

The flow of immigration to the country has nonetheless slowed since Spain entered into its worst recession in decades at the end of 2008 as the global credit crisis hastened a correction already underway in its key property sector.