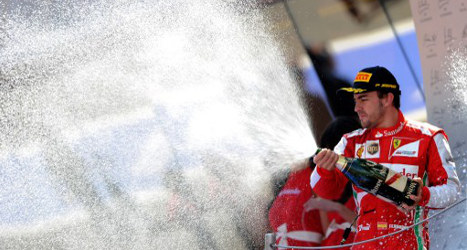 It was Alonso's second win of the season, in five races, and the 32nd win of his career. Photo: Josep Lago/AFP

His win thrilled his compatriots in a 95,000-strong flag-waving home crowd that roared in delight after he had crossed the line to grab his second win at his home race and third on Spanish soil in recent years.

"It was fantastically emotional and the fans really helped because you feel the support from everyone," said Alonso.

"The whole team took care of every single detail because we want the success here but we don't want it to stop there.

"We have only had five races and there have been some ups and downs but we know we have the car to fight with the top cars and if we do well we can compete for the championship."

It was his second win of the season, in five races, and the 32nd win of his career – a triumph that endorsed his challenge for a third drivers' title on an afternoon of Spanish supremacy at the Circuit de Catalunya.

Raikkonen said: "I don't mind finishing second. I'm here only to do as good a race as I can and, despite finishing second, we have to take what we can from every race. We just have to keep working as a team to achieve the biggest goal we can."

Alonso's win bucked a trend at the Catalan circuit where 18 of the previous 22 events were won the driver who started from pole position.

This time the pole-sitting German Nico Rosberg of Mercedes finished sixth ahead of Paul Di Resta of Force India.

In the drivers' championship, Alonso jumped to third with 72 points behind leader Vettel on 89 and Raikkonen on 85.

"I've been passed by a Williams now," said Hamilton in disgust at one stage. When warned about nursing his tyres, he responded: "I can't drive any slower."

Hamilton finished 12th behind Mexican Esteban Gutierrez of Sauber and Maldonado was 14th.

"It was way too tough," said Hamilton, who had started second in an all-Mercedes front row but was unable to match his team-mate's pace or resist charges from both Vettel and Alonso on the opening lap.

"We have got a lot of work to do. We both went backwards, but I went back a long, long way and I don't know why. We will go back to the drawing board and see what we can do…"

Apart from an unscheduled early pit stop with a puncture on lap 10 it was all plain sailing for Alonso in the Spanish sunshine.

There were two retirements, Frenchman Romain Grosjean of lotus, and Giedo van der Garde who nursed his Caterham back to the pits missing two tyres. 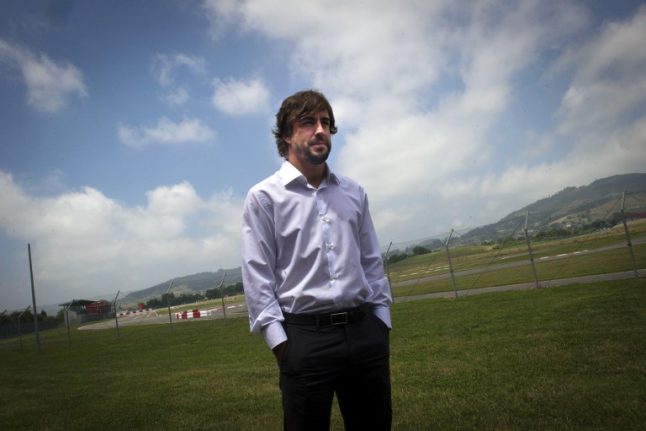 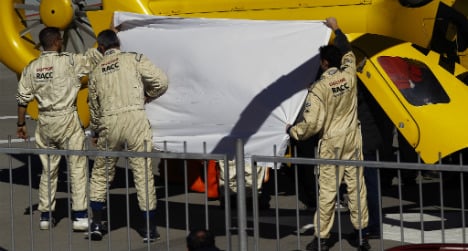 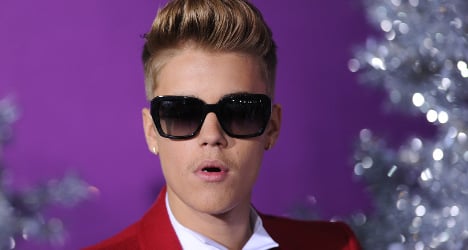