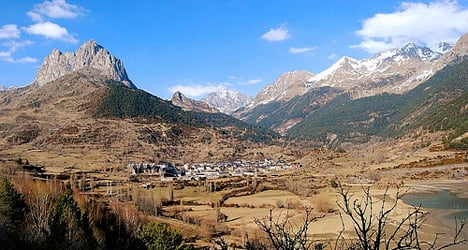 Visitors can now speak LAPAPYP to get directions in the Aragon Pyrenees. Photo:RaidersLight/Flickr

The parliament of the autonomous Spanish community of Aragon voted on Thursday to approve a new language law that officially changes the names of two of the region's languages.

LAPAO (Lengua Aragonesa Propia del Área Oriental) – 'Aragon's own language of the eastern area',  will become the new name for the Catalan spoken in the region while Aragonese will henceforth be known as LAPAPYP (Lengua Aragonesa Propia de las Áreas Pirenaica Y Prepirinenca) – 'Aragon's own language of the Pyrenees and pre-Pyrenees'.

Catalan is widely spoken in the Franja de Ponent, the area of Aragon that borders Catalonia, while Aragonese is spoken by between ten and thirty thousand people in the north of the region.

The PP (Popular Party) claimed that the new legislation will "protect language variations and enforce their implementation" while keeping language choice voluntary but also "curb the expansionist desires" of the ERC (Catalan Republican Left).

The regionalist PAR (Aragonese Party) denied that the legislation was anti-Catalan but instead  "highly respectful of the different linguistic realities of Aragon."

Opposition groups from across the political spectrum rounded on the law, which the PSOE described as a "ridiculous insult to the intelligence of the people of Aragon".

Spain's socialist party also criticized the cost of its implementation and denounced its "lack of scientific and academic rigour".

The nationalist Chunta Aragonesa argued that the law could lead to the extinction of the Aragonese language.

The new names were met with a mixture of defiance and indifference in Catalan and Aragonese-speaking areas of the region, with many residents claiming that they would make no difference to their day-to-day activities.