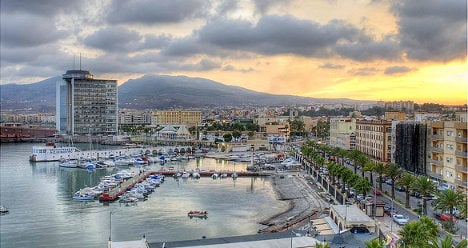 Police have identified 28 cases where newborns were taken from their mothers and sold to families in mainland Spain for between €1,200 and 6,000. Photo: González Novo

In Melilla, a Spanish-held territory bordering Morocco, the ring either paid the mothers for their newborns or convinced them to give them up with the promise that the child would have a better life in Spain.

“In Morocco the ring had contacts with healthcare workers and hospital employees in Oujda and Nador who facilitated the delivery and transportation of the newborns to Melilla,” the police statement said, referring to places in Morocco near the border of the territory.

Members of the ring would hand over the babies to the families in Melilla along with false documents which certified them as being the biological parents of the newborns.

Police identified 31 people who they suspect were involved in the baby trafficking, including three healthcare workers and two nuns.

Twelve suspects have died and the rest were not detained for the time being because they are either very old or in poor health.

The suspects are accused of various crimes including forging documents, illegal detention and making a false birth declaration, police said.

The ring charged a higher price for newborn girls because there was a greater demand for daughters.

The case is a new twist on Spain's so-called “stolen babies” scandal which erupted at the end of 2010.

The alleged victims say a secret network of doctors and nuns stole newborn babies and sold them for adoption, starting under the 1939-75 dictatorship of General Francisco Franco and continuing up to the 1980s.

Some 1,500 court cases have been filed with prosecutors by people hoping to track down their lost relatives but judges have shelved many cases on the grounds that the deeds were committed too long ago.

Police opened their investigation into the Morocco and Melilla ring in November 2011 following a complaint from ANADIR, an association formed to represent victims of the scandal.