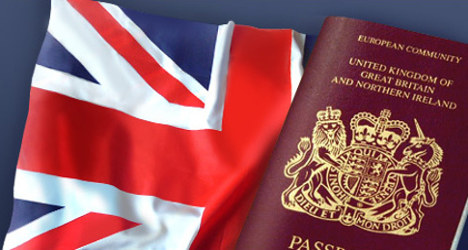 From Monday 13 May, all applications for new UK passports will need to be sent directly to the Identity & Passport Service (IPS) in Belfast in the UK, instead of the regional passport processing hub in Madrid, as is now the case.

Information about the new passport application process, including a new IPS overseas application form, can be found at www.gov.uk/overseas-passports, said the British Embassy in Spain in a statement released on Tuesday.

Andy Hamilton, head of the regional passport processing centre in Madrid, says: “In real terms, all that this means is that British nationals living in Spain now need to send their applications to a different address.”

“Current passport processing times remain the same. If you are renewing your passport, you should allow at least four weeks from the date the fee is taken and all the correct documentation has been received.”

“If you are applying for the first time or you are replacing a lost or stolen passport, you should allow at least six weeks.”

The only other change is that the current passport helpline call charges are being removed.  Instead of paying for a premium rate phone line, customers will now only have to pay for the cost of a call to the UK.

People who need to travel urgently but whose normal passport is unavailable should contact their nearest British Consulate via 902 109 356 or email [email protected] .

Local Consulate may also be able to issue an Emergency Travel Document to help with travel arrangements.

The British Embassy in Madrid said the changes were being made to cut processing costs by increasing efficiency. The eventual aim is to bring down the cost of passports applied for from overseas locations.