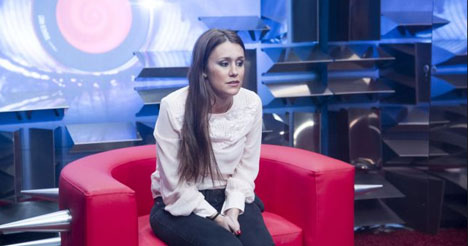 20-year old Argi was quick to clarify that the comment was meant as a joke before she even knew how much offence it had caused. Photo: Youtube

20-year old Argi was quick to clarify that the comment about ETA was meant as a joke before she even knew how much offence it had caused.

But commercial broadcaster Mediaset took the decision to axe the Big Brother contestant after receiving numerous complaints from the Victims of  Terrorism Association.

ETA — labelled a terrorist organization by Spanish, British and US authorities — is blamed for 829 deaths in a four-decade campaign of bombings and shootings for independence for the Basque Country of northern Spain and southwestern France.

“I have a big mouth,” the architecture student told Big Brother broadcasters Telecinco, referring to the poor joke. “I shouldn’t have said it, I realize it can be hurtful.”

Argi, who herself is Basque, broke into tears when Telecinco played the footage of her making the inappropriate remark.

“This programme is against all types of terrorism,” Telecinco told Argi from the Big Brother diary room.

“ If you aren’t, speak up now. Because you won’t have a place here.”

“Please, I was joking!” she replied.  “I didn’t mean it at all. I can only apologize for what I said.”

Minutes later Mediaset decided to kick Argi out of the house.

“We’ve taken on board your apologies and we know your regret it. But we can’t let that type of comment pass. At this stage it would be better if you were out of the house. Argi, you have to leave the programme.”

Telecinco’s decision was applauded by the Victims of  Terrorism Association, who released a statement saying: “ Making a joke about terrorism on TV can cause a lot of harm to someone who’s been a victim of it."

Thank you Telecinco and Big Brother for taking the decision. We’re by no means accusing Argi of supporting terrorism.

ETA announced in October 2011 that it was giving up its armed struggle. But it has yet to formally disarm and the Spanish government has refused to hold talks with its leaders.