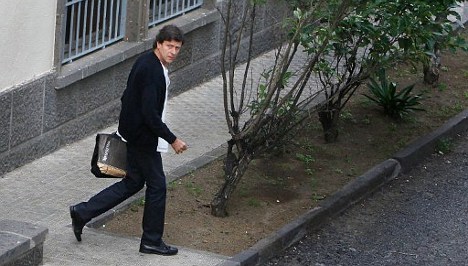 Over 200 bags of blood were seized from Eufemiano Fuentes, a sports doctor sentenced on Tuesday to a year in prison for performing blood transfusions on top cyclists, often combined with banned substances.

Judge Julia Patricia Santamaria ordered the bags of blood and plasma to be destroyed once any appeals have been settled in a case known as Operation Puerto.

"It is unfortunate that the evidence used in this proceeding is not now being made available to anti-doping organizations to further the fight against doping," the International Olympic Committee (IOC) said in a statement

On Tuesday the Olympic body said there was "no place for doping in sport".

"We unreservedly condemn the actions of anyone involved in providing athletes with an unfair advantage through doping."

The IOC said that while it was constantly fighting the scourge of performance-enhancing substances — which has brought down top athletes like cyclist Lance Armstrong — the Spanish case had shown the importance of cooperation from "a large range of stakeholders including public authorities."

"We understand, however, that the Spanish government is moving to approve anti-doping legislation in parliament that would bring Spain in line with the principles of the World Anti-Doping Code and the UNESCO Convention against doping in sport and we express hope that this will lead to greater cooperation with anti-doping organizations in the future."

Spain's State Anti-Doping Agency said it would appeal the ruling that the blood bags be destroyed and regretted that a new anti-doping law pending in parliament had not been in force at the time.

A lawyer representing the International Cycling Union governing body described the operation as "the biggest doping network the world has ever seen".