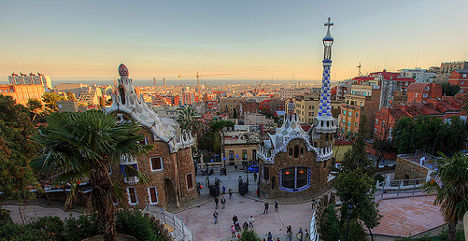 Architecture continued to be the most highly-rated asset the city has to offer, with tourists giving it an average of 9.09 out of 10. Photo: Jason Saul

Tourists who visited Barcelona in 2012 gave Catalonia’s capital an average of 8.4 out of 10, the highest ever since the poll began in 1989.

The survey asked tourists to rate 21 different aspects of the city, from leisure and entertainment to shopping and restaurants.

Barcelona scored higher than all previous years in all of the categories.

Architecture continued to be the most highly-rated asset the city has to offer, with tourists giving it an average of 9.09 out of 10.

Even tourists’ perceptions of the quality of the city’s beaches and overall safety in Barcelona ­— two aspects that experienced a considerable drop in 2010 — have improved in this year’s survey.

The two city features that received the lowest ratings by tourists were noise (7.9) and air pollution (7.48), although they still received higher scores than in 2011.