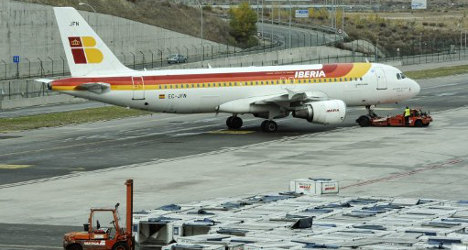 The youngsters, aged 16 and 19, decided to board the grounded aircraft at 3.45am on Saturday and broke the aircraft’s security door at the end of the gangway at Barajas Terminal 3.

Once on board, they inflated life jackets and played with the flashlights used by crew, Spanish news agency EFE reported.

By the time airport security and Spain’s Guardia Civil police had picked up on the break in, the pair had already managed to cause a whopping €30,000 worth of damages to the aircraft.

Airport police assured EFE that had it not been for the “immediate” intervention of their security systems, more damage would have been done.

Both young men were arrested; the 16-year-old will stand trial at Madrid's juvenile court and the 19-year-old is also facing charges.