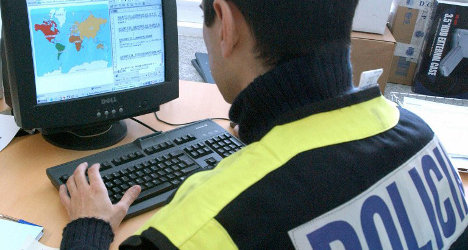 Over 200 police took part in the operation which involved searches in 18 provinces and the seizure of 136 hard drives, eight laptops, 594 CDs and DVDs and four pen drives, police said in a statement.

The images depicted sexual abuse of boys ranging in age from just a few days old up to eight years old, it added.

"They are videos which were circulating for a while on the Internet in other countries. In some cases the authors of the videos have already been detained," a police spokesman told the news agency AFP.

"We don't know for sure where the videos were filmed but the vast majority of these videos come from regions with sexual tourism in Eastern Europe, Southeast Asia or South America," he added.

None of the suspects nabbed in Spain is believed to have produced the videos, the spokesman said.

The majority of the suspects held as part of the operation are men ages from 30 to 40 with a medium to high knowledge of computers, police said.

They include a kindergarten teacher, a computer technician and several pensioners.

Police launched their operation after receiving tips from several people who had found the images online through an e-mail that was specifically set up to collect information about pornography involving minors.

Police have not ruled out more detentions since much of the material that was seized has yet to be analysed.

"Once the hard drives are analysed, stuff will appear that will allow a link to be made with other people, which will lead to other arrests," the police spokesman said.