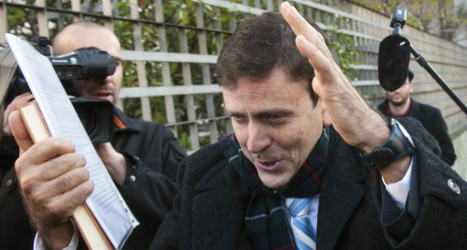 Three other co-accused in the case — Yolanda Fuentes, Manolo Saiz and Vicente Belda — were cleared.

Back in February, former Kelme cyclist Jesus Manzano told the Madrid court his health had been compromised by performance enhancing drugs for animals given to him during his time with Kelme.

Manzano recalled one occasion when he fainted during a stage of the Tour de France in 2003:

"I had taken oxyglobin intravenously, a haemoglobin for dogs (which increases oxygen levels in the blood)," Manzano said during evidence.

"I attacked (French rider) Richard Virenque on a stage and I began to feel progressively worse until I fainted. In the team they asked me to not say what I had taken nor to do a test because it was in France and we would all go to jail."

Manzano also went on to describe the lengths Fuentes and his team went to in order to prevent their riders from testing positive.

"They put a white powder on the penis to dilute the urine sample so that we didn't test positive for EPO," he said.

“Eufemiano Fuentes would arrive in his Porsche stacked full of blood bags and then put them into wine cartons before going to the Tour,” Manzano added.